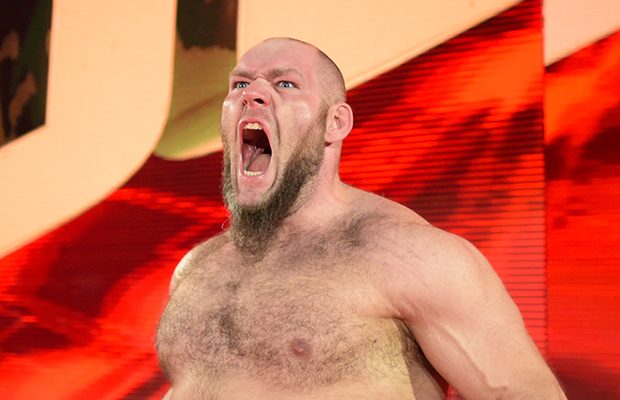 Given Lars Sullivan’s designation as a dominant monster heel, one would think that placing him in a 3-on-1 Handicap Match against The Lucha House Party at WWE Super ShowDown would be simple to book — steamrolling all three in a squash match.

Instead, WWE had Sullivan beat The Lucha House Party via disqualification, with Sullivan laying out the trio after the match.

According to Dave Meltzer on last night’s episode of Wrestling Observer Radio, the original plan was what most would have expected, for Sullivan to squash the trio to further build him up as a monster. However, the finish was changed to Sullivan winning via disqualification, possibly because WWE intends to re-run the match on an episode of Raw or SmackDown LIVE, or at WWE Stomping Grounds on June 23.