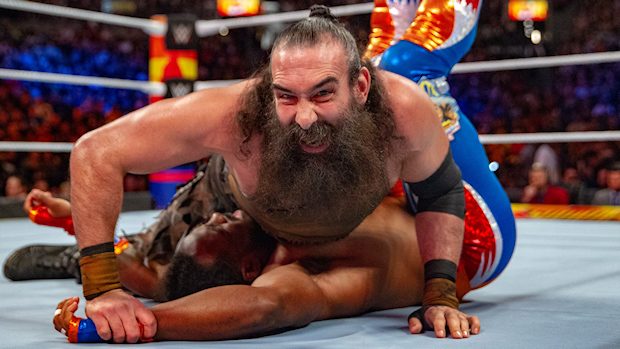 Dave Meltzer reported last week in the Wrestling Observer Newsletter that Vince McMahon told Harper in writing that WWE will not release him from his contract. Rather than terminating his deal, though, WWE triggered a five-month extension, which would his extend his contract from November 2019 to April 2020. WWE added the time he missed due to injury from recovering from wrist surgery late last year and early this year.

In a minor update on the situation, Meltzer reported today that Harper asked McMahon if he could be released in November since he’s not going to be used. McMahon told him to take it up with Triple H, who didn’t respond to him.

Meltzer also notes that WWE currently has no dates scheduled for Harper.

On April 16, Harper posted a statement on Twitter and Instagram saying he requested to be released from his WWE contract.

“As of this evening, I have requested a release from WWE. The past 6 years have been a simply, amazing journey around the world and back with lifelong friends and family. I am proud of it all and proud to say I shared the ring with my co workers.”

“This decision, as difficult as it was, feels right for myself and WWE. My goal in the future is to continue to grow as a performer and person and continue to make my family proud.

“Thank you. From the top to the bottom of WWE. Thank you to the fans for your undying support. Thank you everyone.”

Before Harper requested his release from WWE, the creative team had plans for him to feud with Sami Zayn after WrestleMania 35, but McMahon canceled it. McMahon said that he didn’t “get him” and complained that he couldn’t even do a Southern accent. That stems from McMahon wanting him to do a Southern accent in 2015.

Harper underwent wrist surgery last October, which put him on the shelf until March. During his absence, he regularly pitched ideas for his return but everything got turned down.

After competing at a few house shows, Harper returned to television at WrestleMania 35 as an entrant in the Andre the Giant Memorial Battle Royal. According to Meltzer, Harper worked the match after McMahon asked the creative team why he wasn’t in it. This is why he worked the match as a surprise entrant.

Harper’s program with Zayn was scheduled to begin on the Raw after WrestleMania but he was told that he wasn’t needed for the show. After going home, Harper was told to appear at SmackDown LIVE in Brooklyn, New York — Harper lives nearby. In a dark match, he was used as an opponent to test out EC3 having Drake Maverick as his manager. The producers planned a bunch of spots for Maverick in the match, but McMahon hated them and the match.

The creative team held a meeting before the Superstar Shake-up and they discussed which brand to put Harper on. This prompted McMahon to rant on Harper, who said that he can’t do a Southern accent and that his match with EC3 was bad. With WWE having absolutely no plans for him, Harper asked for his release.

Harper is officially listed as a member of SmackDown LIVE, but this could change if WWE decides to use him again.