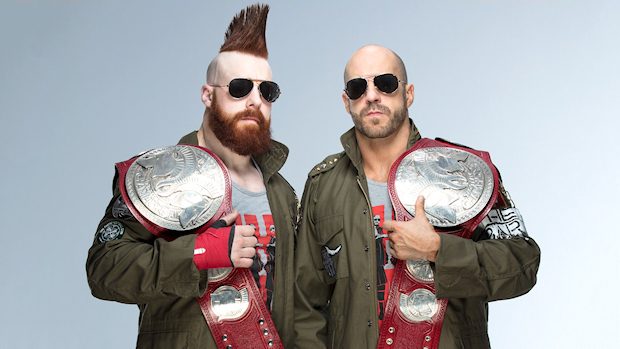 – This week on Raw, Cesaro and Sheamus prevented The Revival from earning a shot at the Raw Tag Team Championship at WrestleMania 34 by beating them in a non-title match. WWE has been pushing the idea that there are no teams left for The Bar to face since they’ve beaten all of their potential challengers.

According to Mike Johnson of PWInsider.com, the word backstage at Raw is that WWE plans on having The Bar face a tandem that is “not currently a team” at Wrestlemania 34. Johnson has “no idea who that might be.”

– Becky Lynch has a new name for Carmella after her submission victory on SmackDown LIVE and is ready to dish out more punishment this Sunday at WWE Fastlane when she teams up with Naomi against Natalya and Carmella.

– It was on this day in 2004 that Ray Fernandez, best known as Hercules (or Hercules Hernandez) in the World Wrestling Federation, was found dead in his home in Tampa, Florida.

The former wrestling star’s wife, Debbie Fernandez, told the Associated Press that he died of heart disease, so he presumably died of a heart attack. He was 47 years old.