Here's Becky Lynch With A Huge Bump On Her Head From The Women's Money in the Bank Ladder Match - PWPIX.net 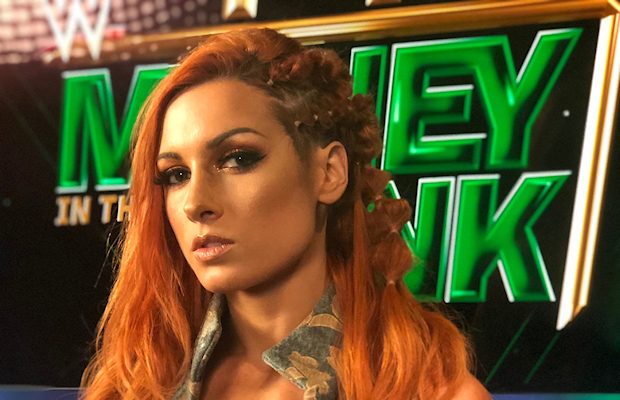 After Lynch got the better of Charlotte Flair in their final scrap of the bout, “The Irish Lass Kicker” scaled the ladder, and Alexa Bliss made her move, tipping the ladder over so Becky landed face-first on another ladder that had been propped up on the turnbuckle. Alexa then scrambled up to the top rung to claim the contract for herself.

With Lynch taking that bad fall, a bump, or “goose egg,” on her forehead immediately began to form. As Bliss celebrated her victory, a dejected looking Lynch was shown on-camera with a bump on her head.

On her Instagram Story this afternoon, Lynch posted a video of herself dancing backstage after the match while showing off her very noticeable head wound.

Fortunately for Becky, the bump quickly went away. In a follow-up on her Instagram Story, she posted this photo of herself today getting ready to workout and the bump is completely gone.