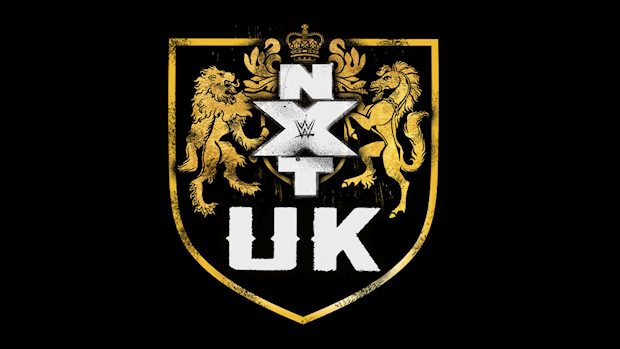 Triple H appeared at the WWE UK Title tournament tapings in London today to announce the new WWE NXT UK brand. The series will begin taping on July 28th and July 29th in Cambridge. There will also be tapings on August 25th and 26th in Birmingham, October 13th and 14th in Plymouth, November 24th and 25th in Liverpool.

WWE has confirmed that there will be a total of three titles for the brand – Pete Dunne’s WWE UK Title, the UK Women’s Title and the UK Tag Team Titles. No confirmation yet on where the series will air, local TV or the WWE Network, or both.

Below is WWE’s full announcement on the new brand along with the logo and comments from Triple H:

LONDON, England and STAMFORD, Conn. – WWE today announced that tickets will be available Friday, June 29, for eight Live Events that will be taped for NXT UK, a new United Kingdom series featuring the greatest competitors from the United Kingdom and Ireland.

“The U.K. has an amazing talent base and incredibly passionate fans that are deserving of their own showcase,” said Paul “Triple H” Levesque, WWE Executive Vice President, Talent, Live Events & Creative. “This is the next step in our ongoing strategy to create localized content and further develop our brand globally.”

BREAKING: An all-new @WWEUK series #NXTUK launches in July, and tickets for the first set of tapings will be available beginning Friday, June 29! https://t.co/jgY8xBfCwl