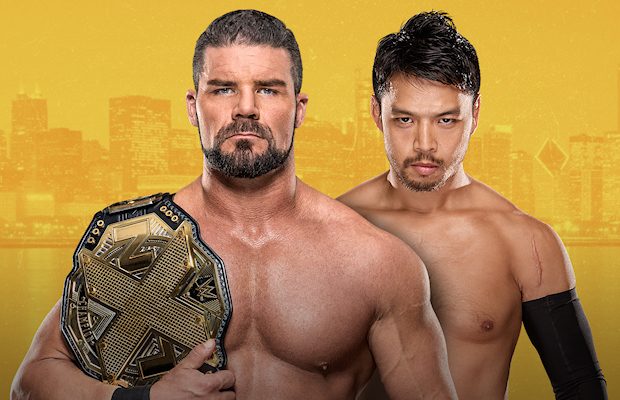 – WWE posted this video of Kayla Braxton trying to get post-match comments from Hideo Itami after his loss to WWE NXT Champion at “Takeover: Chicago” last night. Itami walks into the dressing room and throws a fit in front of Funaki, Adam Pearce, Kassius Ohno and Oney Lorcan. Ohno tries to calm Itami down but Itami gets a bit physical before leaving.

– Below is video of Johnny Gargano leaving on a stretcher after “Takeover: Chicago” went off the air. As noted, DIY lost the Ladder Match main event to NXT Tag Team Champions The Authors of Pain and Tommaso Ciampa later turned on partner Gargano to end the show.

Was majorly impressed with the EXTRAORDINARY #NXTTakeOverChicago event, start to finish.

The future of the @WWENXT brand looks BRILLIANT.

Words. Can't. Even. What a match