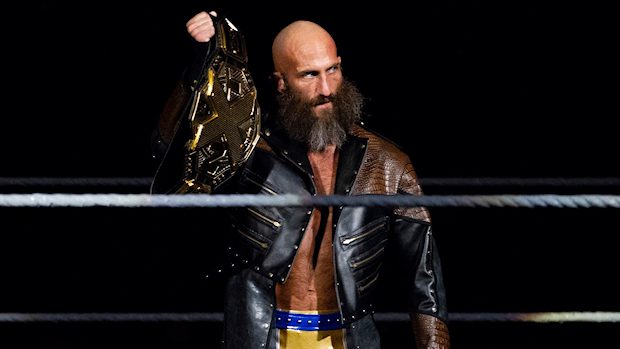 NXT Champion Tommaso Ciampa underwent anterior cervical fusion surgery on Thursday to repair his injured neck. Here are some photos from the procedure.

WWE.com has more photos from the procedure.

WWE has yet to issue an update on Ciampa following the procedure or say what will happen to the NXT Championship.

Dave Meltzer said Tuesday night on Wrestling Observer Radio that Ciampa isn’t going to be able to wrestle “for a long, long time.” While the exact amount of time yet, Meltzer speculated that Ciampa could be out anywhere from six to 14 months.

Ciampa will have to vacate the NXT Championship and plans for a match against Johnny Gargano at TakeOver: New York off. Meltzer speculated that the situation must have gotten so bad that it was decided they have to do the surgery as soon as possible.

The 33-year-old Ciampa has held the NXT Championship since July, and his reign as NXT Champion is the fourth-longest of all time and the longest since Finn Balor from 2015-2016. It’s quite likely that the NXT Championship will be relinquished at next Wednesday’s NXT television tapings, which is the final set before TakeOver: New York.

Ciampa joined WWE’s main roster last month and teamed with Johnny Gargano on Raw on February 18 and SmackDown LIVE on February 19. Ciampa then wrestled at NXT’s TV tapings the next night and hasn’t had a match since then.