How Old Is Bobby Lashley?, Alexa Bliss On Beating Nia Jax At Her Own Game, The Revival On WWE Main Event - PWPIX.net

Home / Wrestling News / WWE News / How Old Is Bobby Lashley?, Alexa Bliss On Beating Nia Jax At Her Own Game, The Revival On WWE Main Event

How Old Is Bobby Lashley?, Alexa Bliss On Beating Nia Jax At Her Own Game, The Revival On WWE Main Event 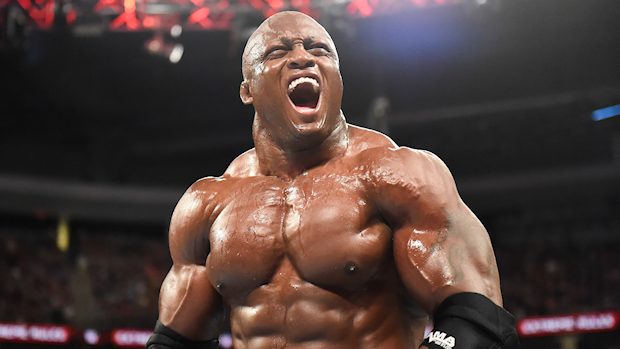 To celebrate his 42nd birthday, Lashley flew in a helicopter over Niagara Falls, New York before heading out to Raw in nearby Buffalo.

Huge Thank you to @xtianprintup & @rainbowairinc for such an incredible experience today before #wweraw What a thrill and a view of the falls I'll never forget. If you're ever in the area this is a must do!!! #helicopter #helicopterride #flyhigh #niagrafalls #worldwonder #yolo #tourist #naturalwonders #naturesbeauty #itsmybirthday

Lashley may have established himself as the top challenger to Brock Lesnar and the Universal Championship last night at Extreme Rules in Pittsburgh, Pennsylvania.

Reigns knocked Lashley off the top rope with the Superman Punch and started setting up for a spear. “The Dominator,” however, regained his faculties quickly enough to catch “The Big Dog” with a spear instead. That was enough to keep Reigns down for the three-count.

– Before Raw went on the air tonight from the KeyBank Center in Buffalo, New York, the following two matches were taped for the July 19 episode of WWE Main Event.