Hulk Hogan Reflects On Randy Savage Seven Years After His Death; Details On Their Reconciliation - PWPIX.net

Home / Wrestling News / Here and There / Hulk Hogan Reflects On Randy Savage Seven Years After His Death; Details On Their Reconciliation

Hulk Hogan Reflects On Randy Savage Seven Years After His Death; Details On Their Reconciliation 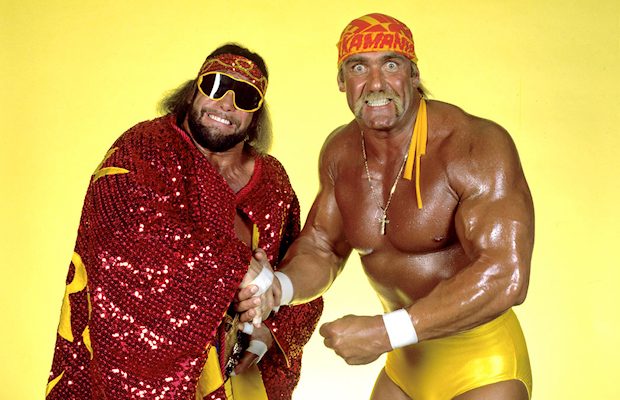 Sunday marked the seven-year anniversary of the death of the legendary “Macho Man” Randy Savage, who died on May 20, 2011, at the age of 58.

On that fateful day, Savage died after suffering a sudden heart attack while driving in Seminole, Florida — his wife was in the passenger seat. He became unresponsive and lost control of his Jeep Wrangler, crashing into a tree.

Initial reports of Savage’s death indicated that he was killed in the collision when, in fact, he and his wife were wearing seatbelts and suffered only minor physical injuries in the crash. An autopsy performed by the medical examiner’s office found that he had an enlarged heart and advanced coronary artery disease (the arteries surrounding his heart had been narrowed by more than 90%). Savage was never treated for heart problems and there was no evidence that he was aware of his heart condition. His cause of death was officially ruled as atherosclerotic heart disease.

Savage was cremated, and his ashes were placed under a favorite tree on his property in Largo, Florida.

Savage was inducted into the WWE Hall of Fame four years later by longtime frenemy Hulk Hogan, but the wrestling world continues to mourn his untimely passing. Savage was one of the top stars in the World Wrestling Federation during the 1980s and early 1990s, capturing the WWF World Heavyweight Championship twice.

In 1987, Savage and Hogan formed one of the most powerful partnerships in wrestling history, becoming known as The Mega Powers. The duo dominated the WWF until Miss Elizabeth inadvertently created an emotional rivalry between them in 1989. This culminated with Hogan beating Savage at WrestleMania V to reclaim the WWF World Heavyweight Championship.

Though Savage and Hogan worked closely for several more years in both the WWF and WCW, the two superstars had a tough relationship outside of the ring. Savage allegedly thought Hogan was having an affair with Elizabeth and blamed Hulk and his ex-wife, Linda, for his failing marriage with Miss Elizabeth.

After their respective runs in WCW ended in 2000, Savage and Hogan allegedly stopped speaking to each other for years.

“It was a series of misunderstandings, mountains being made out of molehills,” WWE Hall of Famer Jimmy Hart said in a 2013 interview with Bleacher Report.

Hogan mocked Randy on the radio. Randy once challenged Hogan to an actual fight and called him out in a rap song.

In 2004, Hogan confronted Savage backstage at a TNA show and tried to make peace, but the “Macho Man” refused. According to Hogan, they eventually had a reconciliation.

Hogan said in a 2014 interview with WWE.com, “We ran into each other at a doctor’s office. I was on my seventh or eighth back surgery, and I couldn’t pass an EKG because I was getting just jammed up with anesthesia every three or four months. They couldn’t get my back right. My back was collapsing and they were telling my new wife Jennifer I’d never walk again and all of this craziness. Jennifer and I were sitting on those little seats in the doctor’s office in Tampa and all of a sudden the door opens and in comes Randy. “Yeeeah! Ooooh yeah! What’s up?” I went, “[Gasp].” Freaked me out, scared me to death. And he goes, “Hey, brother. What’s up, Hogan?” He had that gleam in his eye and looked really healthy. He gained his weight back and he had a wedding ring on. I said, “Hey, Mach, what’s up with the ring?” He said, “Hey, just married my childhood sweetheart.”

When asked how long that was before Savage passed, Hogan said, “Probably three or four months.”

He continued, “We talked on the phone a couple of times. I invited him over to have a barbeque and really got back on track, which was cool. Later, I was with Lanny, his brother, at an independent wrestling show. He told me their mom wasn’t doing so well with [Randy’s father] Angelo passing away. So we had planned on having a barbeque at her house — because I got along well with Randy’s mom — and try to cheer her up. So, Lanny and I called Randy from the arena. Three days later, he had the heart attack. It was crazy.

Savage’s brother, Lanny Poffo, has said in multiple interviews that Randy did, in fact, reconcile with Hogan shortly before his death. Poffo, however, said that their reconciliation was a month before Savage’s death.

Poffo told Sean Waltman in 2016, “About a month before Randy died. My brother took my mom to the cardiologist, and the nurse said, ‘Hulk Hogan is here.’ Randy said, ‘Well, keep him there.’ So Randy goes in there and gives him a hug or something.

“Here’s your scoop in the midst of all this drivel. Randy had a ‘blank you’ list a mile long, right? It seemed like the last two months of his life he went around making amends to everybody that he ever had any problem with, including Hulk Hogan.”

Poffo added, “Let me tell you what. Even at the worst, it was a love/hate relationship. Even at the worst, because Hulk was the Babe Ruth of wrestling and anybody that was lucky enough to be in his shadow for a moment was instantly catapulted to success.

“That was Randy in 1985, and they just clicked personally, professionally, inside the ring, outside the ring. But you know things happen.”

WWE.com also asked Hogan if gets emotional thinking about Savage.

“Yeah, it’s tough. You can’t make my eyes any redder than they already are,” Hogan said. “It’s hard. That’s the tough one. Out of all the guys who have passed away, that’s the tough one for me. Because he was a great person.”