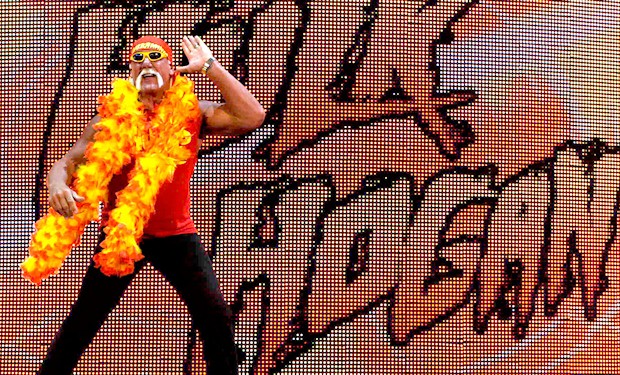 Hulk Hogan, who was in the main event for all but one of the first eight WrestleManias and served as the official host for last year’s show, touched on his favorite memories of the event and relationship with his longtime friend and rival “Macho Man” Randy Savage in WWE’s Legends of WrestleMania magazine.

“You know, you can’t take anything away from that Andre match, brother [at WrestleMania 3]. That’s a WrestleMania moment—93,000 people and Andre passing the torch to me. That match with The Rock [at WrestleMania X8], where I had been working for a different company, actually competing against this company, and came back here. The crowd showed their loyalty, that was huge. But if I really, really had to go with consistency, friendship and always being there for me, Randy [Savage] is the favorite guy,” Hogan said.

Discussing his relationship with Savage, Hogan said, “Well, first off, when you work with Randy, it’s intense. The only other person that I could call at three or four o’clock in the morning to talk about wrestling and would even answer their phone is Vince McMahon. And that’s how Randy was. Except Randy called me! ‘Hey brother. Got an idea.’ So when you got in bed with Randy, you were in it for the long haul. Good or bad, brother. He’s going to drag you through the mud, whether you like it or not. And it was intense, because Randy was such a passionate person.”