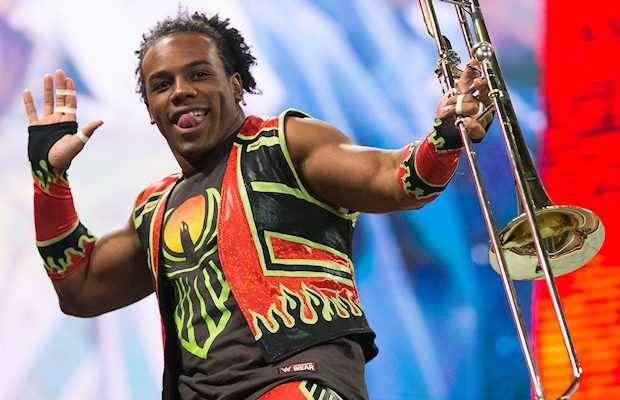 – Courtesy of IGN, above and below are new WWE 2K18 entrance videos for Finn Balor and The Authors of Pain:

– As noted, Xavier Woods suffered an injury at Monday’s WWE live event in Texarkana, Arkansas. Woods revealed during an “UpUpDownDown” live stream that he suffered an MCL sprain. Becky Lynch was on the stream with Woods and revealed that she recently had the same injury and recovered after about a month of working through it. Woods also tweeted about the MCL sprain but he appears to be in good spirits:

It's an MCL sprain. That means @DragonCon Is STILL GOING DOWN! This weekend is going to be 🔥🔥🔥 pic.twitter.com/ylglF1skBZ