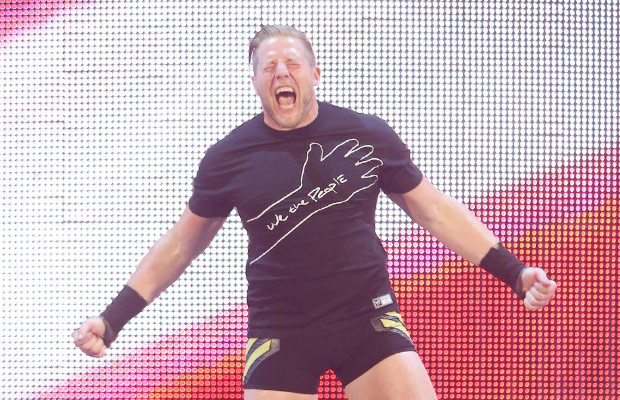 One person who’s been sparingly seen on WWE television over the last several months has been former World Heavyweight Champion Jack Swagger. Swagger’s morale has been getting worse, and it’s getting so bad that he’s considering leaving WWE when his contract expires if things don’t turn around for him.

Swagger hasn’t been involved in anything significant since his feud with Rusev ended last year. The one-time Money in the Bank Ladder Match winner has been relegated to WWE Network shows WWE Main Event and WWE Superstars. He faced King Barrett on the June 11, 2015 episode of SmackDown-his first appearance on either SmackDown or Raw since March-and decisively lost after being blasted with the Bull Hammer Elbow.

When WWE signed Swagger to a developmental contract in 2006, their plan was to eventually have him be the new Kurt Angle. At that time, Angle had just left WWE and joined TNA. WWE felt a need to replace him, and Swagger was their man. Even though he had the amateur wrestling credentials to do so, he didn’t have the in-ring ability or personality that Angle had, which, unfortunately, made WWE hesitant to keep him in the main event scene after he won his first World Title in 2010.

It’s unclear what Swagger would do if he left WWE. He’s 33-years-old and a former NCAA All-American as an amateur wrestler, so a career in MMA could be on the table. Both Brock Lesnar and Bobby Lashley-who have the same amateur credentials as Swagger-started their MMA journey in their early 30s. Lesnar, of course, became the UFC Heavyweight Champion and the most popular fighter in the history of the company. Lashley has had stellar MMA career, with a record of 13-2 after he picked up a win at tonight’s Bellator 138 via TKO. It’s possible that, due to Swagger’s name identity from WWE, Bellator will be interested in signing him.

It’s unlikely that Swagger will go to TNA given the current state of the company, and it’s extremely unlikely that he’ll end up going to Ring of Honor. A career in MMA may be the best possible move for Swagger.

There’s a chance that WWE will be able to convince Swagger to stay, but if Swagger is too hard-headed about it, it’s very likely that, because he’s not a top guy, WWE will just let him leave.