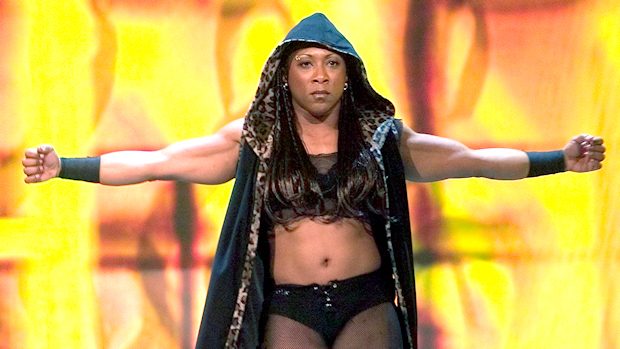 “If there is a company I would like to be a part of, it would be Impact,” Jazz said.

“Because it’s a smaller company, there are not 100 girls in the back fighting for a spot and it seems like they are more family oriented. It reminds me of ECW. It’s not a billion dollar company but everyone there is happy and seems to love their job and love working with one another. Teamwork makes the dream work.”

“Today, would be the perfect time for me to actually bring what I brought to the industry. I don’t believe they were ready for what I had to bring to the table. Where women’s wrestling is today, it’s all about Jazz.”

“I start defending my title in October. But, let me tell you one thing… this is going to be my legacy. I’m not going out like *****, no! I’m not just going to lay down and give this belt away. Motherf–ker step in the ring with me for this title, they going to [have to] earn it. I’m the only person of color to hold this title, you know that’s history right there. So, I’m not laying down, I’m busting my ass every day to show the world why I am the NWA Women’s World Champion and why I should continue to be the NWA Women’s World Champion. That’s why I’m not understanding why I wasn’t apart of All In.”

Her relationship with Jacqueline after she was inducted into the WWE Hall of Fame:

“Her and I [communicate] every now and then, we’ll send a text or something to say hello and just check on one another. I congratulated her on the Hall of Fame. When I see her at Wrestlecon, of course, we take pictures every year. ”