The Hardy Boyz Will Address Rumors That Are Going Around About Jeff Hardy On SmackDown LIVE - PWPIX.net 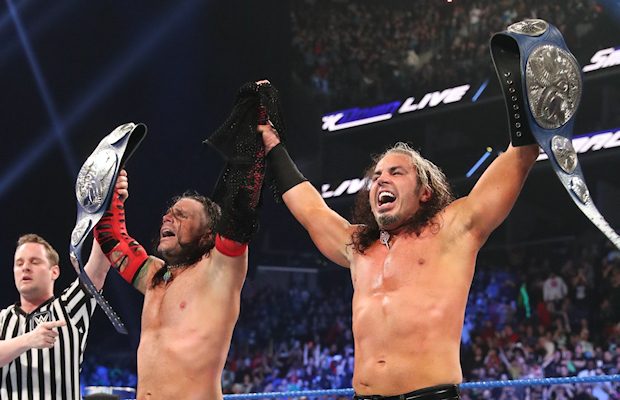 It appears that Jeff Hardy’s injury status and what it means for the SmackDown Tag Team Championship will be addressed tonight on SmackDown LIVE.

Dave Meltzer reported last week in the Wrestling Observer Newsletter that Jeff sustained an injury on April 20 at a WWE live event in Madison, Wisconsin, possibly to his right knee.

“We haven’t gotten any official word of the nature or severity of the injury, past that within WWE the belief among the people who need to know for storyline reasons is that [Jeff] is scheduled for surgery this coming week after SmackDown, which is probably why the injury itself is being kept secret,” Meltzer wrote.

“Those close to him just said that he’s injured, hopefully not terribly bad and time will tell but right now he’s playing things safe. So don’t know if he’s going to work next week and do an injury angle and/or title loss, or how this will be handled storyline wise. We also don’t know the nature of the surgery, whether major or minor.”