Jerry "The King" Lawler On Suffering A Heart Attack Five Years Ago On Raw - PWPIX.net 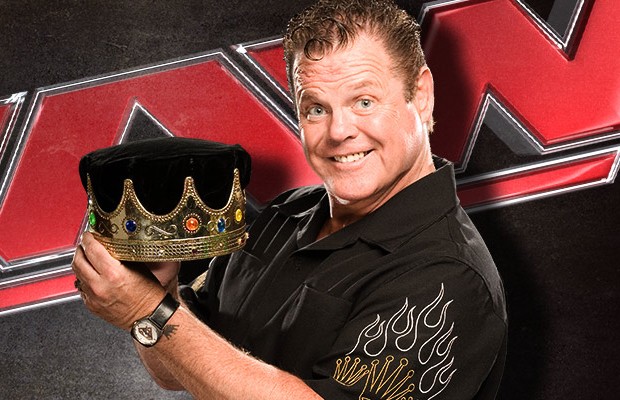 It is five years ago today that Jerry “The King” Lawler suffered a near fatal heart attack during an episode of Raw.

Not long after defeating CM Punk and Dolph Ziggler in a tag team match with Randy Orton, Lawler legitimately collapsed at the announce table while Kane and Daniel Bryan faced The Prime Time Players. Michael Cole continued to call that match alone, as well as the next match before WWE (through Cole) announced the medical situation with Lawler.

The remaining matches on the show went ahead as scheduled but without commentary, and updates on Jerry’s condition were provided by Cole. At the end of the broadcast, it was announced that he had received CPR, but was breathing independently and reacting to stimulation.

It was later determined that his heart attack was not caused by a blocked artery, but was instead an unexplained cardiac arrest. Lawler was soon medically cleared to continue wrestling; to this day, he regularly works indy shows on weekends when it does not conflict with his WWE schedule. He wrestled two matches on Saturday; in Dyersburg, Tennessee against Matt Riviera, and then he headed to Jackson, Tennessee for a match against former WWE Superstar Carlito.

Lawler tweeted the following on the scary ordeal.

Me 5 years ago today… pic.twitter.com/b14PdQWbJj

Lawler will be discussing his heart attack on this week’s edition of his Dinner With The King podcast.