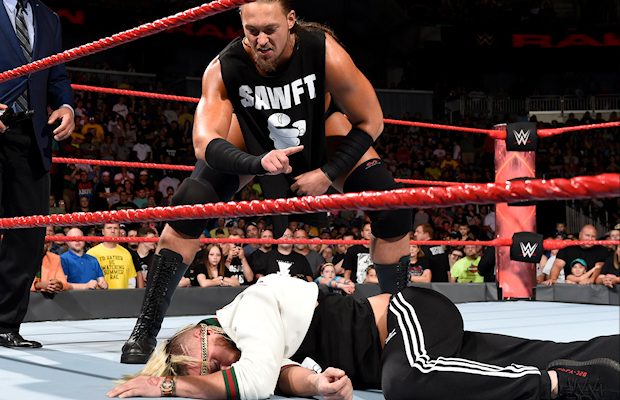 – During a recent interview on the Sam Roberts Wrestling Podcast, Big Cass was asked about rumors that Enzo Amore has heat backstage.

“Enzo is Enzo, the guy you see on TV is the guy that you see in real life. Enzo wouldn’t be in the spot he’s in, he wouldn’t have made it this far if he didn’t act the way he does, so there is good with the bad,” Cass said.

He was also asked if he has distanced himself from Enzo backstage now that their characters have split apart.

“No, I don’t think so. I don’t think I have distanced myself from him,” Cass said. “The storyline has kind of taken on its own thing. Once it started being talked about and people started talking about it on the internet. Then they are like, ‘Oh really, people talk about it? Well okay, if it’s not real, let’s pretend it is real and put it more out there on TV.”

– SmackDown Women’s Champion Natalya tweeted the following to Naomi ahead of their title match this Tuesday on SmackDown LIVE.

This is my championship @NaomiWWE! Finally this title found its way to the rightful owner: ME. See you next week in Sin City, Baby G #SDLive pic.twitter.com/jaBPR00PO7