John Cena Continues To Poke At The Undertaker On Social Media - PWPIX.net

John Cena Continues To Poke At The Undertaker On Social Media 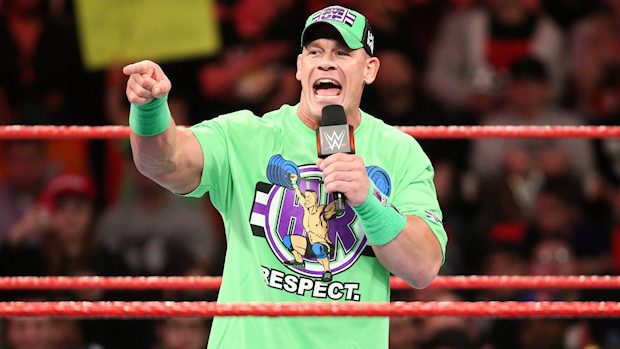 John Cena continues to poke at The Undertaker … now literally. Well, sort of.

The Cenation Leader took to Instagram with an image playing off the popular “C’mon, do something” meme, with Cena poking The Phenom with a stick, urging him to do something in regards to giving him an answer about his WrestleMania challenge.

This comes after Cena posted this pre-WWE photo of The Undertaker last Tuesday.

Cena will take on The Undertaker’s brother Kane tonight on Raw after getting chokeslammed by him the week before. WWE.com stated the following regarding their match:

“That eerie encounter last Monday on Raw inspired a match between the two longtime rivals this coming Monday night. What would a victory over Kane mean for Cena in his quest to resurrect The Undertaker for one more match on The Grandest Stage of Them All? Moreover, what are The Big Red Machine’s motivations in all of this? Is Kane vying to battle Cena at The Show of Shows in New Orleans, or is he simply stepping up to defend the reputation of his fellow Brother of Destruction?”