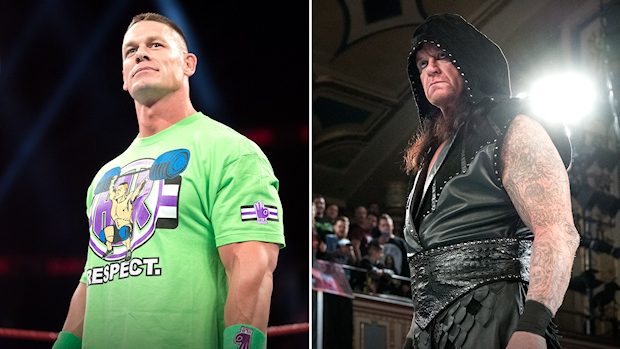 After posting a pre-WWE photo of The Undertaker last week on Instagram, John Cena posted another old-school shot of his rival from his days in World Class Championship Wrestling (WCCW) under the ring name Texas Red.

The Undertaker began his wrestling career in 1984 in WCCW and he stayed there through 1988. He wasn’t completely focused on wrestling during this time period as he attended Texas Wesleyan University in Fort Worth, Texas and played on the basketball team. His manager in the photo is General Skandor Akbar.

Here is footage of his first-ever wrestling match, which was against Bruiser Brody.

The Undertaker is expected to face Cena at WrestleMania a week from this Sunday, although he has yet to officially answer his challenge.

Related ItemsFeaturedJohn Cena NewsUndertaker News
← Previous Story Shane McMahon Not Wrestling At WrestleMania 34?, His Potential Replacement In Match
Next Story → WWE Announces Who Will Induct Hillbilly Jim Into The WWE Hall of Fame