Shane McMahon Not Wrestling At WrestleMania 34?, His Potential Replacement In Match - PWPIX.net

Shane McMahon Not Wrestling At WrestleMania 34?, His Potential Replacement In Match 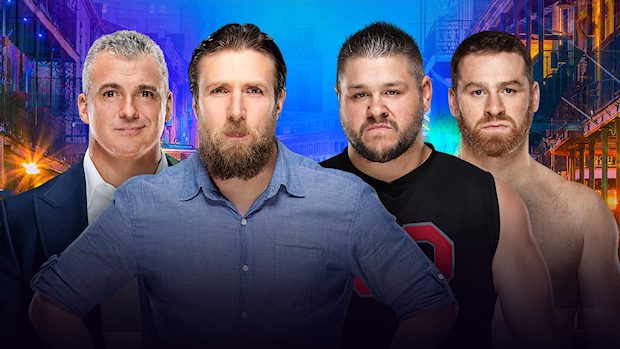 At WrestleMania, Daniel Bryan will return to in-ring action for the first time since retiring from competition in 2016 when he joins forces with Shane McMahon against Kevin Owens and Sami Zayn.

Shane’s involvement with the match, however, is in doubt after WWE announced on Monday that he is ‘recovering from acute diverticulitis and an umbilical hernia in a New York-area medical facility.’

If there was any doubt regarding the nature of Shane’s injuries or health ailments since WWE’s announcement made note of his storyline absence due to Owens and Zayn’s attack, all that was removed by the SmackDown LIVE Commissioner posting the following on Tuesday:

Thank you everyone for the get well wishes. It truly helps. Im healing up, and I have the best medicine in the world with me.

Later that night on SmackDown LIVE, WWE announced that Shane would be teaming with Bryan against Owens and Zayn. While this indicates that Shane will wrestle as planned, there is apparently a backup plan in case he’s not able to.

When Vince McMahon found out that Shane had been hospitalized, he discussed Kane being Bryan’s partner at WrestleMania to reunite Team Hell No.

Diverticulitis, which can often occur through eating massive amounts of red meat, is best known as the disease that nearly ended both the life and career of Brock Lesnar in late 2009. Shane’s father, Vince McMahon, also at one point contracted the disease, which attacks intestine.

On Shane’s health problems, Dave Meltzer wrote in the Wrestling Observer Newsletter: “The idea that someone who just had a diverticulitis attack and has a hernia that needs surgery would be doing a pro wrestling match is quite insane, and the fact that it’s WrestleMania and it’s being allowed, or that he’s willing to do it hardly justifies it being allowed.”