Home / Wrestling News / WWE News / John Cena on His Return to the Ring, If He Will Appear at WrestleMania, American Grit, More (Video)

John Cena on His Return to the Ring, If He Will Appear at WrestleMania, American Grit, More (Video) 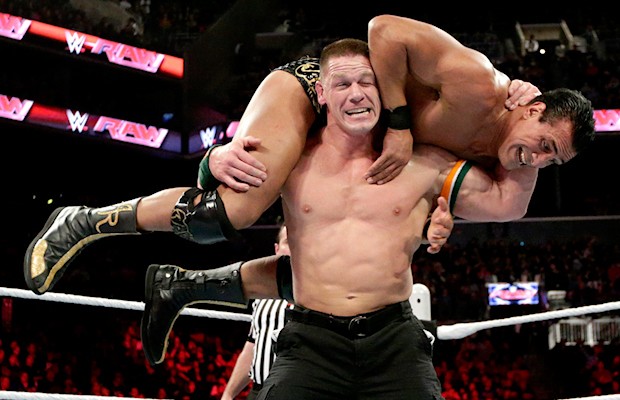 – In the video above, John Cena appears on FOX 411 and talks about the new “American Grit” reality competition series that he hosts, the new “#ShowYourGrit” Twitter campaign he’s been doing this week, his work with Make-A-Wish and more.

Cena plugs WrestleMania 32 but won’t say whether or not he will appear live. Cena says the event will be spectacular and he believes more than 100,000 fans will be in AT&T Stadium to see what he think is the greatest show on earth.

Regarding his return to action for WWE, Cena said getting back in the ring is his goal and after over 400 hours of physical therapy, he’s feeling pretty darn good. Cena said the doctors who told him 9 months before, are now saying maybe they will re-evaluate. Cena says he looks OK but has some more “sweet talking” to do to the doctors before they clear him.

We noted before via PWInsider that Cena is reportedly scheduled to return soon and he’s expected to make some sort of appearance on Sunday.