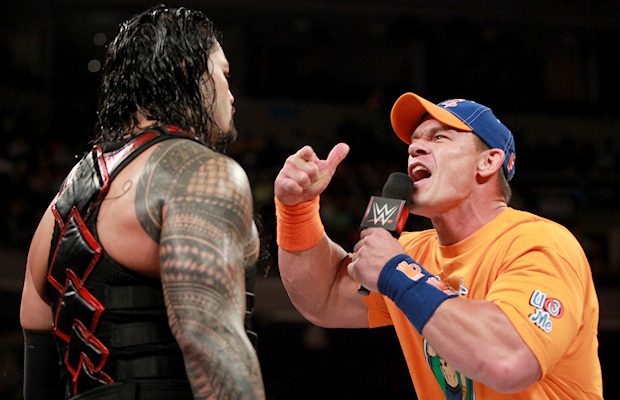 Why did @JohnCena feel like a burden was lifted off of his shoulders after coming up short against @WWERomanReigns at #WWENoMercy? pic.twitter.com/a85yvoZqBp

– Above is video of John Cena talking to Renee Young and WWE Hall of Famer Jerry Lawler on RAW Talk after the loss to Roman Reigns at WWE No Mercy on Sunday. When asked about the post-match segment that appeared to be Cena’s goodbye, Cena said:

“Well, it was weird because here you have a guy who says he is The Guy and I don’t feel right about it, I don’t feel that he is. And then in a 1 month period, I watch this young man mature into The Guy, from a Superstar standpoint and tonight it was from a performance standpoint. This is the building I won my first world championship in at WrestleMania, and I’m not going to date myself but that was many moons go, so sitting there tonight, honestly it felt like a giant burden had been lifted off my shoulders in the best way possible.”

– Below is the synopsis for next Wednesday’s Total Bellas episode:

“Wine About It: The family travels to wine country to support the launch of the new Bella wine, and Bryan disapproves of Brie tasting the wine while pregnant; JJ’s silly pranks wind up severely injuring Nikki; Kathy has a major meltdown in front of the family.”

– WWE veteran Goldust took to Twitter this week and fired back at fans who were talking negatively about the Bray Wyatt vs. Finn Balor feud continuing and Wyatt himself. You can see the exchange below:

This describes how I've felt about wyatt for about 3 years

These kids are our future! Quit your bitchin. Suck it up and try and enjoy our product. https://t.co/Gq9gM8KBHX