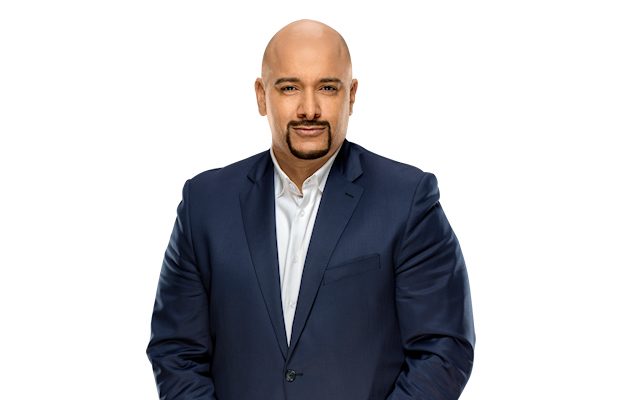 According to a report today by the New York Post, Lawrence filed a sexual harassment and discrimination lawsuit against ESPN on Sunday for incidents dating back to 2015. She is accusing ESPN of not addressing her complaints, specifically against longtime SportsCenter anchor John Buccigross. Many other current and former employees are also accused of varying degrees of harassment in the suit, including Coachman.

The suit alleges that Coachman employed the “ESPN predators’ playbook,” in which Lawrence reached out to her on the pretense of mentorship but tried turning the relationship personal. Lawrence says she was advised by colleagues that Coachman sexually harassed female employees at ESPN, including now-former SportsCenter anchor Sara Walsh.

“After learning that, Ms. Lawrence made an effort to communicate to Coachman that she had a boyfriend, after which she did not hear from him again,” the suit states.

As for Walsh, the suit states, “Coachman had sent Walsh inappropriate photos of himself and text messages, falsely telling her colleagues that they were romantically involved and that she “wanted” him – another common practice of men at ESPN.”

Here is the passage on Coachman:

“125. On or around January 18, 2016, SportsCenter anchor Jonathan Coachman (“Coachman”) emailed Ms. Lawrence offering to provide her with mentorship and providing his cellphone number. When he contacted her via text, he quickly turned a professional conversation into a personal matter, asking her about her musical interests. He was employing the ESPN predators’ playbook. See supra at ¶ 84. Colleagues then cautioned Ms. Lawrence that Coachman was notorious for sexually harassing female employees. After learning that, Ms. Lawrence made an effort to communicate to Coachman that she had a boyfriend, after which she did not hear from him again and he made no offers of mentorship.

“126. Coachman’s reputation for making unwelcome sexual advances toward women and engaging in other sexually harassing behavior was not a secret. Cary Chow had warned Ms. Lawrence about him when he gave the short list of men at ESPN who were notorious for sexual harassment. Coachman had sent Walsh inappropriate photos of himself and text messages, falsely telling her colleagues that they were romantically involved and that she “wanted” him – another common practice of men at ESPN. See supra at ¶ 13. At least one young production assistant who joined ESPN just out of college had complained to Ms. Lawrence about Coachman making her feel uncomfortable by complimenting her physical appearance and making passes at her.”

“When Ms. Lawrence complained to Jack Obringer, Senior Coordinating Producer, Studio Production of ESPN, Inc. that she was being sexually harassed (by another individual), Obringer guessed that the harasser was ‘Coachman’ and indicated that his inappropriate behavior toward women was well-known to management. Nevertheless, Coachman continued to appear in ESPN commercials and on SportsCenter without discipline or accountability until he was quietly dismissed on or around April 26, 2017 via layoff.”

As of tonight, Coachman hasn’t released a statement about the allegations. In January, he rejoined WWE to once again be part of the Raw announce team.

Lawrence’s accusations first became public in December when The Boston Globe published the details of a sexual harassment complaint that she filed last summer with the Connecticut Commission on Human Rights and Opportunities. In the complaint, she claimed Buccigross called her “dollface,” “#dreamgirl,” and “#longlegs” in text messages sent in 2016 along with unsolicited shirtless photos.

“We conducted a thorough investigation of the claims Adrienne Lawrence surfaced to ESPN and they are entirely without merit. Ms. Lawrence was hired into a two-year talent development program and was told that her contract would not be renewed at the conclusion of the training program. At that same time, ESPN also told 100 other talent with substantially more experience, that their contracts would not be renewed. The company will vigorously defend its position and we are confident we will prevail in court.”

The case, Lawrence v. ESPN, Inc., et al., was filed in the United States District Court for the District of Connecticut. You can read the entire complaint here. Deadspin has an article offering more insight into the background of Lawrence’s claims.