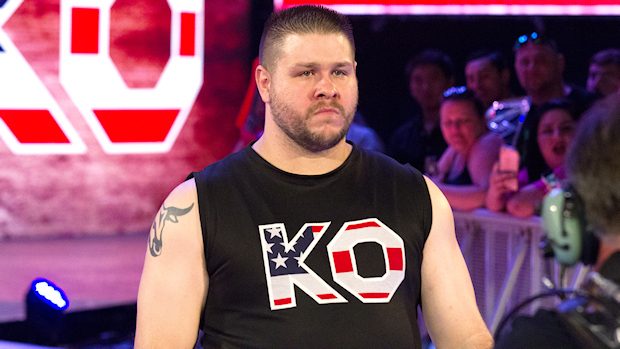 – It’s been several weeks since Erick Rowan tweeted one of his cryptic videos but he posted the following clip during last night’s WWE SmackDown, titled “THE RAGE…” Rowan’s last SmackDown TV match came on June 4th, a loss to Luke Harper. He then competed in the Independence Day Battle Royal on July 4th.

– As noted, AJ Styles defeated Kevin Owens and Chris Jericho in the Triple Threat main event of last night’s SmackDown to become a two-time WWE United States Champion. WWE has confirmed that Owens will get his rematch on next week’s SmackDown in Cleveland, which will also feature John Cena vs. Shinsuke Nakamura to determine the SummerSlam opponent for WWE Champion Jinder Mahal. Before losing the title last night, Owens had announced that his US Title Open Challenges would return next week.

– It looks like Jack Gallagher might get his hands on Brian Kendrick during next week’s WWE 205 Live episode after the two have been feuding for a few weeks now. Last night’s show saw Kendrick present reasons why the WWE Universe should not believe Gallagher is a true fighter. Gallagher hit the ring for payback but Kendrick retreated, setting up the potential match for next week. Below is video from last night’s segment: