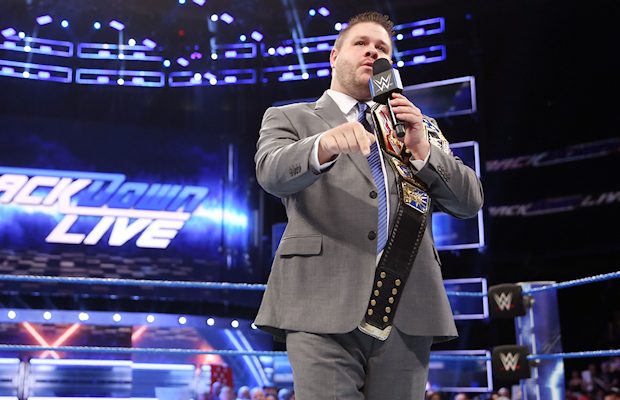 WWE United States Champion Kevin Owens recently spoke with NOLA.com to promote tonight’s WWE SmackDown from the Smoothie King Center in New Orleans. The full interview is at this link and below are highlights:

WrestleMania 34 in NOLA next year:

“It’s weird because everything happened so fast. Even though I’ve already lived so many great things, I feel like it’s only the tip of the iceberg. I’d love to be involved in the WWE title match at WrestleMania 34 or at the very least be defending my United States championship. I have no intention of letting that go anytime soon.”

Coming up with inventive ways to use ladders and other objects in his matches:

“I kind of live in the moment with that stuff. It rarely works out in my favor to be honest. A lot of times those contraptions come back to haunt me. But if I see an opportunity to do something unique and inflict pain on someone else, I’m always up for that, so who knows what I’ll pull off.”

“If you say past, it’s Shawn Michaels hands down. If you say present, Sami Zayn and I have had such a rich history, I feel like a one-on-one match at WrestleMania would be so perfect. But there’s also Finn Balor. He’s my best friend. He’s probably the one guy if I could sit across from in the ring at WrestleMania, that would make my career. Finn and I got to WWE at the same time, and we dived into an unknown territory. We gravitated toward each other very quickly. He’s like a brother to me now.”