Kurt Angle Says John Cena Has A Match On Sunday At WrestleMania, How Old Are Charlotte Flair and DDP? - PWPIX.net

Kurt Angle Says John Cena Has A Match On Sunday At WrestleMania, How Old Are Charlotte Flair and DDP? 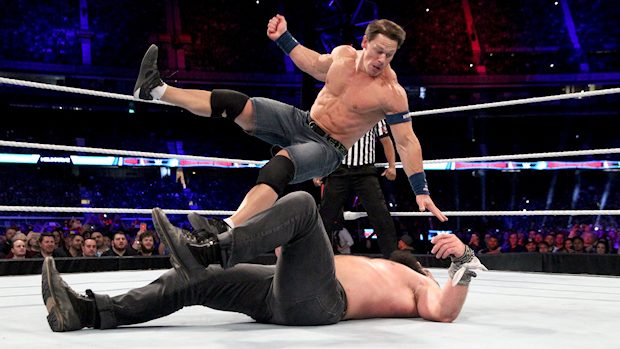 WWE’s biggest show of the year is only two days away and Cena is not advertised for the show. According to Kurt Angle, however, Cena will be wrestling on the show.

“I love John and I know that he will have a WrestleMania match,” Angle said this morning at WWE’s media event in Brooklyn, New York.

“I’m not sure if they’ve announced it yet, but I’m almost positive he’s gonna be there.”

— Follow Charlotte Flair on her journey to the main event of WrestleMania 35 on a new edition of WWE Chronicle, which streams tonight after NXT TakeOver: New York on WWE Network.

— At WrestleMania 33, Goldberg and Brock Lesnar engaged in a demolition derby of a match for the Universal Championship. Courtesy of WWE Network, you can watch the match in its entirety.