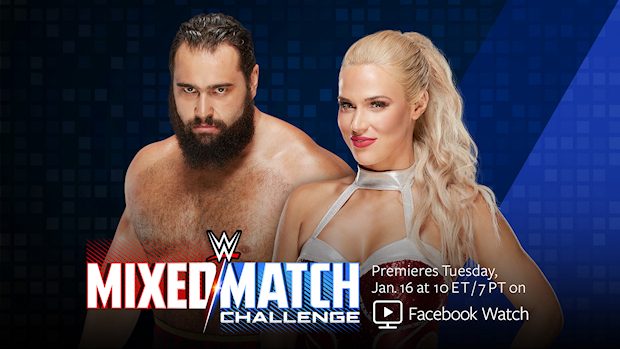 Last night on WWE Mixed Match Challenge, Rusev and Lana picked up a first-round victory over Elias and Bayley.

The match ended shortly after Bayley forced Lana opponent up onto the turnbuckle. Before she could bring her assault to the next level, however, Elias was forced to enter the ring to stop Rusev’s interference. This distraction allowed Lana to crawl under her opponent’s legs and yank Bayley’s leg out from under her. Bayley’s head smacked against the top rope and opened the door for Lana to pick up her first victory in WWE.

Moments later, Lana and Rusev celebrate their first-round win over Elias and Bayley in two languages.

You can watch the match in its entirety here.

In this post-match interview with Renee Young, Lana gets emotional after picking up her first WWE victory.

This really is Lana’s first win inside a WWE ring as she never won a match before on television or at a house show (even as part of a tag team). She did, however, win most of her matches at NXT house shows in 2016 and 2017, which she worked to improve her wrestling skills for the main roster.