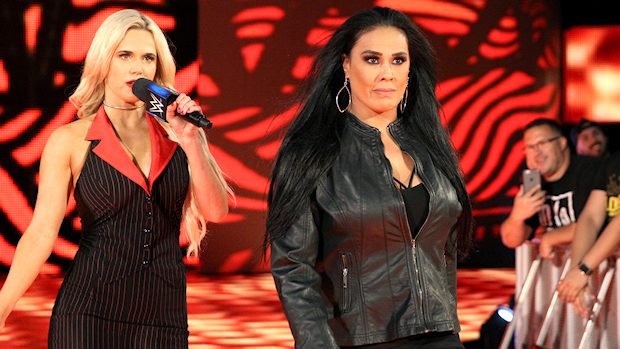 Naomi isn’t happy with Lana’s makeover attempt. She tweeted the following in response to the video.

– WWE.com has a poll asking fans: “Could The Miz and The Miztourage have defeated The Shield?” The results are:

10% – Yes. The Miz could outsmart The Shield and lead his crew to victory.

90% – No. The Shield would have destroyed them.

– After former TNA World Tag Team Champion Crazzy Steve left Impact Wrestling in April, rumors surfaced that he could be joining WWE. Then in June, he took part in a tryout at the WWE Performance Center. Dave Meltzer noted on Wrestling Observer Radio earlier this week that WWE passed on signing him. Nowadays, he’s making appearances at independent wrestling events.