Are Rusev and Lana Looking To Leave WWE? 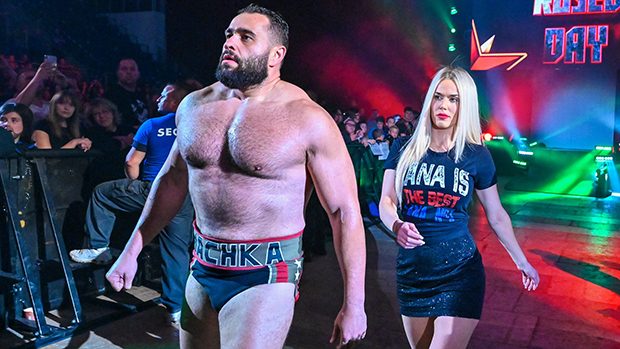 What happened to Rusev and Lana?

The former United States Champion hasn’t appeared on television since competing in the 50-Man Battle Royal at WWE Super ShowDown on June 7. Lana did not accompany Rusev for the match, so her last television appearance took place on the April 23 episode of SmackDown LIVE (Rusev and Lana backed up Shinsuke Nakamura at ringside for a main event match against WWE Champion Kofi Kingston).

According to Dave Meltzer in the Wrestling Observer Newsletter published last week, Rusev recently requested time away from WWE. He’s expected back “shortly.”

Rusev seemed to deny the rumor last Friday on Twitter, writing, “You have been fed the wrong information, Dirt sheets.”

You have been fed the wrong information, Dirt sheets.

On Saturday’s edition of Wrestling Observer Radio, Meltzer again said that Rusev asked for time off from the road.

“He went home. He asked for time off. It’s not like he stormed off,” Meltzer said.

Meltzer then revealed on the post-Raw edition of Wrestling Observer Radio that Rusev’s WWE contract is expiring “relatively soon.”

Meltzer did not say if Rusev is looking to leave WWE, but speculated that his hiatus has to do with him being unhappy. Rusev’s contract expiring also means that Lana’s deal should be up soon as well.

Brad Shepard, who was sources in WWE, was told that Rusev is looking to leave. Lana, however, is pushing him to re-sign with WWE. If Rusev leaves WWE, he expects Lana to leave as well.

According to a source in #WWE, @RusevBUL wants out, but @LanaWWE is pushing him to re-sign. He expects her to follow him if talks fall through.