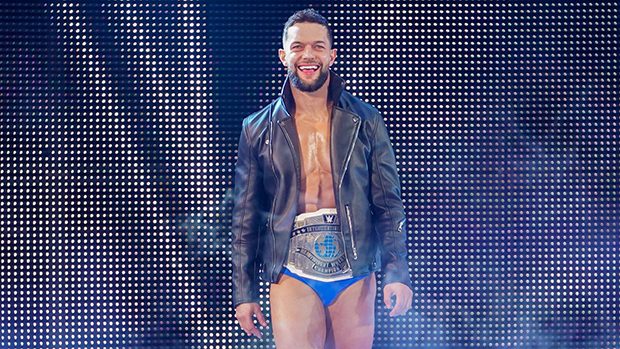 Balor hasn’t appeared on WWE television since successfully defending the Intercontinental Championship against Andrade at WWE Super ShowDown on June 7. While Balor has worked house shows since then, he’s off television because the feud he’s supposed to be involved in now is currently in limbo.

According to Pro Wrestling Torch writer Tom Colohue, “the man he’s supposed to be feuding with is unavailable until further notice.”

To my knowledge it’s simply the case that the man he’s supposed to be feuding with is unavailable until further notice. Finn’s been a little unlucky on the main roster but it’s all very understandable reasons. #wwe https://t.co/yVElSs5Lno

Colohue did not say who the absent wrestler is.

— In this backstage interview with Sarah Schreiber at WWE Stomping Grounds, Ricochet reacts to beating Samoa Joe for the United States Championship and the backstage reaction to his victory.