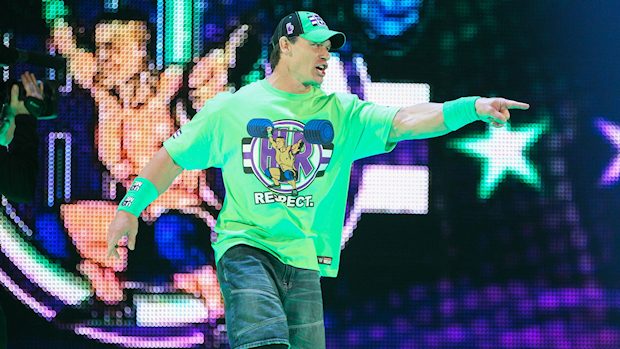 WWE’s biggest show of the year is less than two weeks away and Cena is not advertised for the show.

According to Dave Meltzer in the Wrestling Observer Newsletter published on Thursday, Cena is scheduled to wrestle on the show, but his opponent is a mystery.

While running down the card, Meltzer wrote, “We have two TV shows to go and there has been no mention of Cena, who has always been part of this show, dating back to the idea of his match with Lars Sullivan, and then a smaller plan of McIntyre, before Reigns came back.”

Meltzer also said that WWE had no plans for Cena to replace Baron Corbin in Kurt Angle’s “Farewell Match.”

“There’s been a lot of speculation he will replace Corbin against Angle, spurred on by the chants for Cena at TVs. Cena was figured into something different, but at this point with almost no time left, his name hasn’t even been mentioned. There is the idea of Cena having had his first WWE television match with Angle and Angle having his last match with Cena, but as of 3/25 that was not the plan,” Meltzer wrote.

In an update on the situation, Meltzer reported Friday that “there is a deal on the table that Cena is expected to agree to for a match at WrestleMania.” Meltzer again said it’s not for a match with Angle.

— Carmella revealed some huge news today on her Instagram Story.

Carmella wrote, “I’ve been working on this project for almost a year! It’s getting close to launching so I wanted to fill you all in!!”

Carmella then asked fans to follow @capocagna for details.