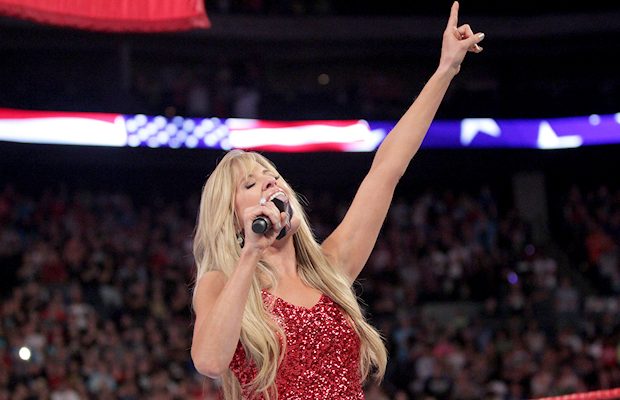 Former WWE ring announcer Lilian Garcia made a special appearance at Wednesday’s NXT event in England as she sang “God Save The Queen” to help kick off the show.

The event took place at the First Direct Arena in Leeds and began with a moment of silence for victims of the Manchester bombing and attack at the London Bridge.

Garcia then surprised the crowd with an appearance and sang the British national anthem.

NXT’s event at the Manchester Arena that was scheduled for Tuesday was canceled due to the bombing and WWE instead sent Superstars to visit with victims/help raise money. Those with tickets to the initial event were given free admission tonight to the show in Leeds.

Watch the video of Garcia’s performance below.