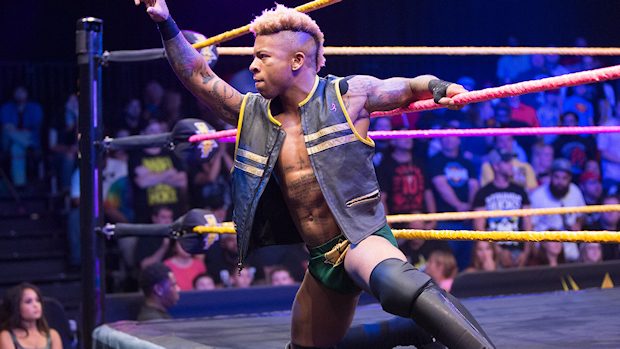 Rush’s first child, another son, was born just after he graduated from DuVal High School in Lanham, Maryland in 2012.

“I literally walked across the stage at graduation and right into fatherhood,” he said in an interview with ROHWrestling.com.

While working various jobs to provide for his new family, Rush never abandoned his quest for a career as a pro wrestler. In fact, the birth of his son gave him even more motivation.

“My family was very supportive because they knew that me pursuing pro wrestling would allow me to provide for my son down the road,” he said. “They believed that I’d be successful one day. Now I’m not just fighting for myself, I’m also fighting for him.”

– In the latest edition of WWE Game Night, The Miz, Nia Jax, Titus O’Neil and Rhyno square off in a game of Watch Ya’ Mouth WWE Edition Party Card Game.