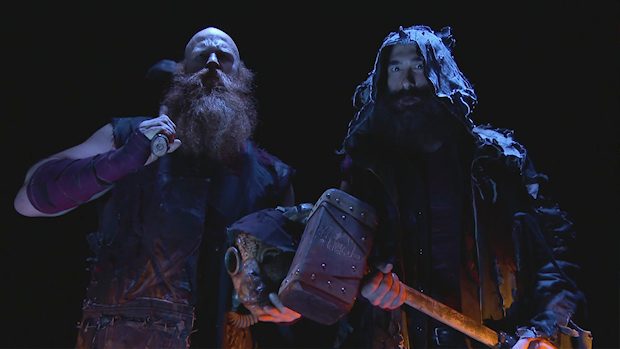 – As noted, WWE aired a new promo for Erick Rowan and Luke Harper’s return at The Bludgeon Brothers on last night’s SmackDown. No word yet on when the two will debut with their new looks but you can see the first vignette for their re-packaging below:

– The Rock and Bayley had this Twitter exchange after Bayley tweeted a photo of some new pillows she picked up:

I knew you had immaculate taste champ. 😉👊🏾 Stay safe on the road, keep kickin ass and don’t let Roman steal it. https://t.co/SsVT9yNtov