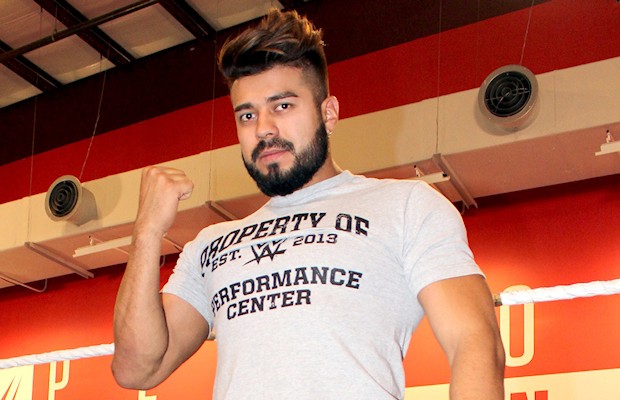 – The dark match before tonight’s WWE NXT TV tapings at Full Sail University saw Manny Andrade defeat Angelo Dawkins. Manny won with the running knees in the corner, in front of a hot crowd. The former La Sombra was said to be way over.

– WWE Hall of Famer Bob Backlund was visiting at WWE HQ in Stamford, CT today. Here he is with Scott Stanford: