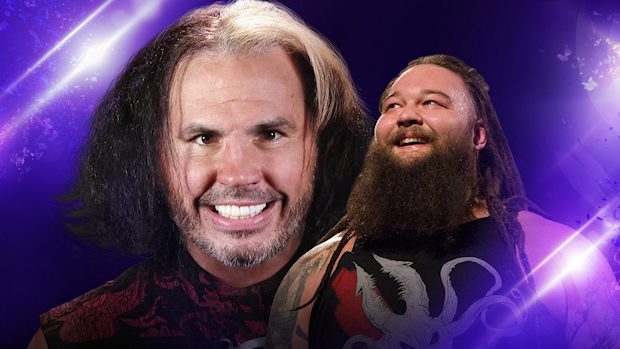 WWE is calling in a couple of reinforcements for 205 Live’s upcoming house shows.

It was announced Sunday night that Matt Hardy will be facing Bray Wyatt on all three stops of next month’s tour, supplementing cards that are otherwise scheduled to only feature cruiserweight matches.

The events will be held in Kingston, Rhode Island on January 19, Lowell, Massachusetts on January 20, and Poughkeepsie, New York on January 21.

After Wyatt was used as the catalyst for Hardy to become “Woken” in WWE, they’ve been featured in back-and-forth promo videos on Raw over the last two weeks. They’ve yet to wrestle since Hardy underwent the gimmick change, though that may happen before their matches next month.

The three-stop tour in January will be the first set of 205 Live-exclusive house shows. They were announced earlier this month as an experiment to test the viability of future dates, and adding Hardy vs. Wyatt would appear to be an attempt to boost ticket sales.