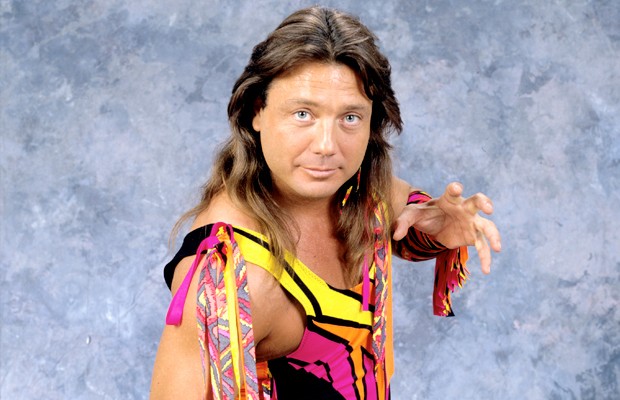 Since the allegations of sexual abuse by Hollywood producer Harvey Weinstein surfaced on Oct. 5, scores of women have been stepping forward to publicly share their stories of sexual misconduct.

Although many of the accusations originally focused on Hollywood, more than 100 high-profile men across industries — including tech, business, politics, and media — have since faced claims ranging from sexual harassment to rape.

In a post on Facebook last Friday, former WWE Superstar Marty Jannetty offered his thoughts on the numerous allegations of sexual misconduct. While going on a rant on the subject, Jannetty alleged that WWE Hall of Famer and former WWE official Pat Patterson — who is gay — used casting couch tactics when hiring talent. Jannetty, however, says that he never got on the couch and Patterson never held it against him.

Jannetty wrote, “Isn’t it un-fuckin be-leavable all this bullshit with sexual misconduct happening ALL OF A SUDDEN?? The casting couch has been around 4-ever and every bitch that sat on it knew what was up..but here’s my ass about it and I have experienced it more than once..women in power use it too..why isn’t that getting exposed??? Gay on gay, why ain’t that getting exposed? Trust me, I’ve seen all the games..here’s an example..

“I knew when I went and saw *at *atterson for a job interview that if I sat on the couch I was more than willing..that’s why I didn’t..but luckily enough Shawn and I were good enough were got hired anyway..point being, when you sit on the couch, it was your choice..stop piling on for a law suit..bitch ass fake fucks

“Ps..And I love *at to death, he’s one great brother..I just don’t go that route and he never held that against me..”

For those unaware as to what exactly a casting couch is, Wikipedia sums it with the following:

“The casting couch, casting-couch syndrome, or casting-couch mentality is the demanding of sexual favors by an employer or person in a position of power and authority, from an apprentice employee, or subordinate to a superior in return for entry into an occupation, or for other career advancement within an organization.”

Jannetty is not the first wrestler to accuse Patterson of using casting couch tactics. Here is what former WWE Superstar Ahmed Johnson said about Patterson during a 2013 interview:

“Not so cool. He likes guys you know, I don’t have a problem with that, that’s cool. But when you start pushing guys based on who has the sexiest ass to you, I have a problem with that. I’m telling you this as a respect point, I’m gonna be honest, he was gay, there’s no secret about it. He did do some things that are unmentionable. He made certain wrestlers do certain things to get pushed in certain positions. That was his thing. He was a bully, a gay bully. The casting couch type thing but with males not females.”

Patterson was also accused of sexual harassment in 1992 by short-lived announcer Murray Hodgson. Patterson was gone from the World Wrestling Federation until the charges were dropped, at which point he was promptly rehired.