Michael Buffer Says Lilian Garcia Is Wrestling’s Best Ever Ring Announcer, A Look Back At SummerSlam ’88 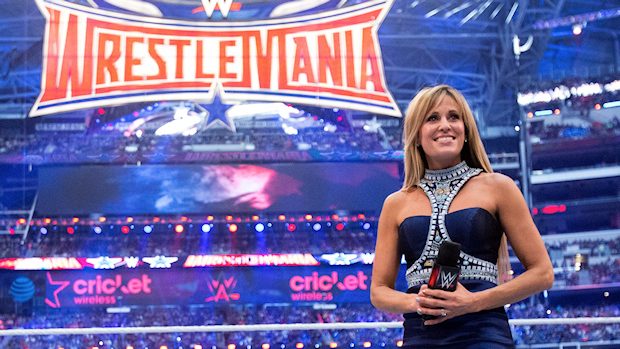 Buffer, who is best known for his catchphrase, “Let’s get ready to rumble,” responded on Twitter to a fan’s opinion on the top 10 wrestling ring announcers of all-time by saying that Garcia is the “best ever.”

All great choices there..no doubt about it though with Lilian Garcia at the top and I bet everyone named will agree she’s the BEST EVER pro wrestling ring announcer (and she always blew the house up singing the National Anthem)! #LetsGetReadyToRumble ® https://t.co/ILRKO6tGmR

Garcia was flattered by Buffer’s remarks and responded with the following.

Wow @Michael_Buffer that is a HUGE compliment coming from you! 😱 Been a big fan of your work for years. Hopefully our paths will cross soon. Thanks again! 😊 #Honored https://t.co/mHahfySg0v

Garcia also acknowledged Howard Finkel and Tony Chimel for helping her in WWE.

Truly honored to be at the top of this list! I valued my time @WWE more than you know!! To me missing from this list is @howardfinkel & @TonyChimelWWE who were amazing announcers & truly helped me along the way! They gave me incredible guidance! #Grateful https://t.co/JZNvYj3B4D

– Ahead of SummerSlam on August 19, WWE tweeted this 60-second highlight video looking back at the show’s inaugural event in 1988.

Let’s take it back to the very FIRST #SummerSlam… pic.twitter.com/RIzN7lAPxA

In the main event, The Mega-Powers (Hulk Hogan and “Macho Man” Randy Savage) took on their longtime rivals, The Mega-Bucks (“The Million Dollar Man” Ted DiBiase and Andre the Giant), with Jesse “The Body” Ventura serving as the special guest referee, Hogan and Savage won the match after their manager, Miss Elizabeth, distracted DiBiase and Andre by removing her skirt.

SummerSlam 1988 is also known for Ultimate Warrior taking out The Honky Tonk Man in less than a minute to capture the Intercontinental Championship.