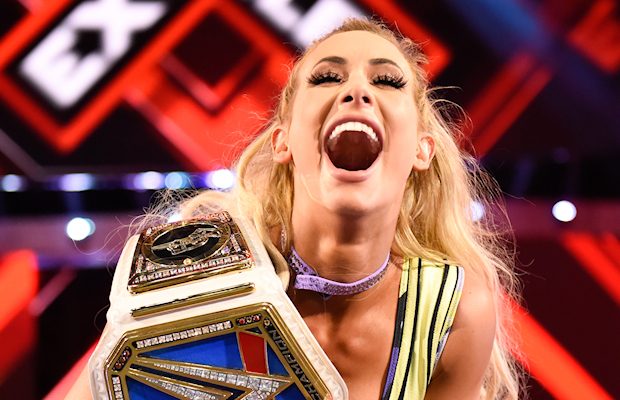 – James Ellsworth’s future in WWE appears uncertain after Asuka annihilated the man himself to the tune of kicks, strikes and a smothering Asuka Lock following her loss to Carmella last Sunday at Extreme Rules. Then two days later on SmackDown LIVE, General Manager Paige asked Carmella how “her boyfriend” is doing. Carmella appeared disgusted, saying “eww” and that he’s not her boyfriend.

With Ellsworth seemingly out of the picture as Carmella’s associate, WWE Network personality Peter Rosenberg wants to give the SmackDown Women’s Champion “a real manager.”

On Friday, Rosenberg responded to Carmella’s latest Instagram post with the following: “I have so many ideas for when I supplant @jamesellsworthwrestling and give you a real manager!”

It’s a #FabulousFriday!! Can we please talk about how fab my hair is?? Obsessed with my @greatlengthsusa extensions.. @longhairartistry always makes my hair look FLAWLESS!! 💁🏼‍♀️💁🏼‍♀️💁🏼‍♀️ 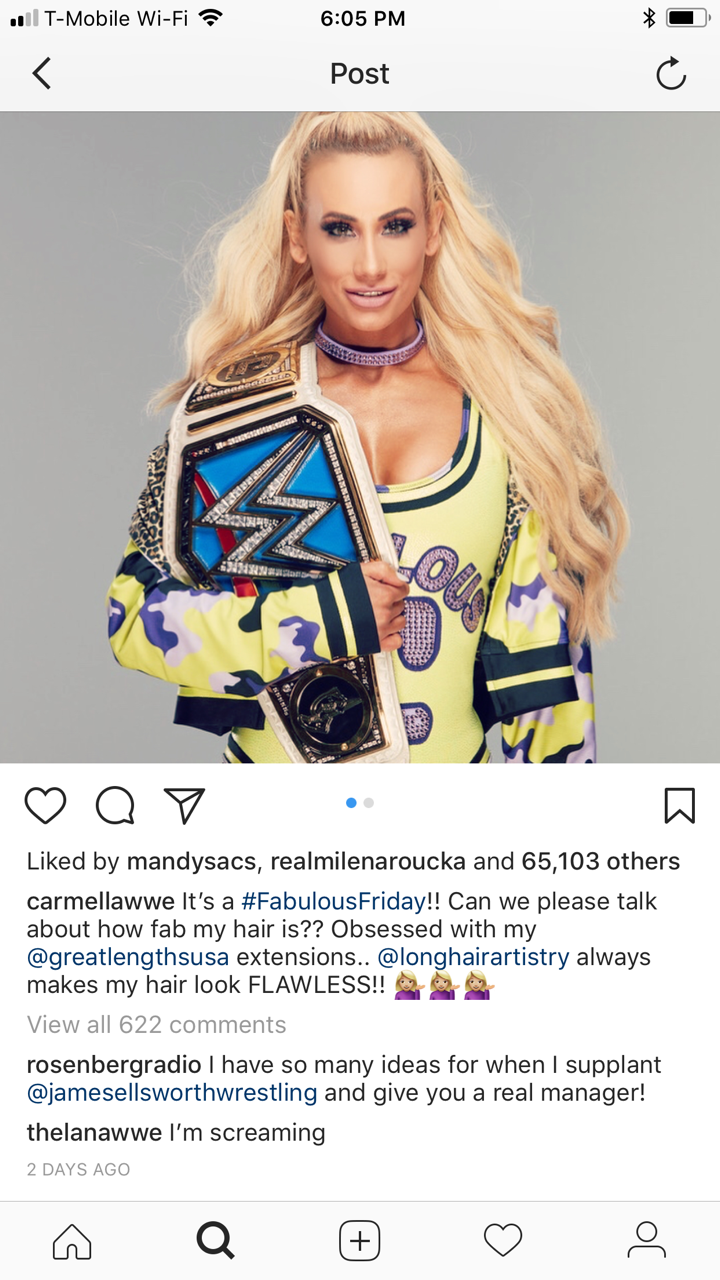 – Ahead of SummerSlam on August 19, WWE tweeted this 60-second highlight video looking back at SummerSlam 1989 from the Meadowlands Arena in East Rutherford, New Jersey.

The second EVER #SummerSlam was a high-flying event! pic.twitter.com/DzF5Ktai1H

Ladies and gentlemen, THIS is the MAIN EVENT of @SummerSlam!" #SummerSlam pic.twitter.com/pmIxcFOMR2

– Seth Rollins is Lilian Garcia’s guest this week on Chasing Glory with Lilian Garcia. You can listen to the episode beginning on Monday.

Happy #GloryFriday to my #CGsquad ! I may look worried here but I’m not worried about telling you who my next #chasingglory guest is next Monday because it’s none other than Seth “Freakin” Rollins! ( @wwerollins ) From getting his reaction to #ExtremeRules , to hearing incredible stories of his journey to @WWE , to overcoming obstacles & injuries, to Seth revealing something he has never before revealed in an interview. Trust me, this is one you DON’T want to miss! ⭐️ It’s about to get real, raw, and inspiring with Seth Rollins! ⭐️ Chasing Glory is available now on all of these amazing platforms! @spotify @applepodcasts @iheartradio @spreaker_ @tunein @stitcherpodcasts @soundcloud @youtube #overcastpodcast #googlepodcasts PLUS the all new Chasing Glory App! Rate, review, and subscribe NOW! YouTube.com/LilianGarcia LINK IN BIO ⬆️ . . . . #SethRollins #ChasingGlory #CGsquad #real #raw #inspiring #mondaymotivation #spreadtheword