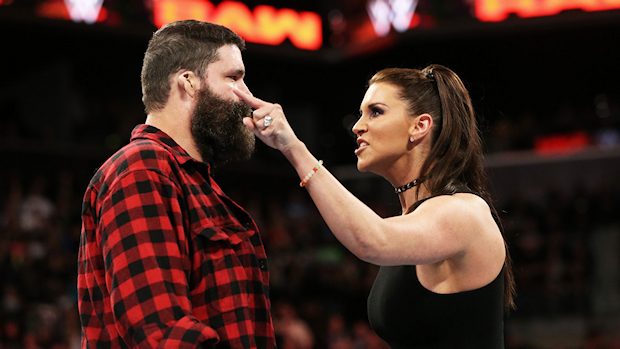 – Mick Foley has been away from WWE television since March. His nine-month tenure as Raw General Manager came to an end when Raw Commissioner Stephanie McMahon fired him.

During an interview with SportingNews.com, Foley offered his thoughts on the role and working with Stephanie.

“It was pretty agonizing just getting to and from the shows but once I was there, I felt like I made a contribution. I really enjoyed working with Stephanie. I’m deeply indebted to her for a really beautiful foreword for my book and I hope I get the chance to interact with her some more when I eventually return in some shape because, eventually, we all return,” Foley said.

That return could come on January 22, 2018, when Raw celebrates its 25th anniversary. WWE is loading up the show with a special appearance from The Undertaker along with other legends. It only makes sense that “The Hardcore Legend,” who had some of his biggest moments on the weekly Monday night show, be a part of it.

“I’m sure it will be a good show with or without me,” Foley said. “I thought a year away is probably proper when you’ve been fired in public but I think 10 months is probably plenty of time. If I get the call; I don’t know what I’ll do if I get the call. I guess I’ll cross that bridge when I get to it.”

– Sting and Kane appear together in this holiday commercial for WWE 2K18.