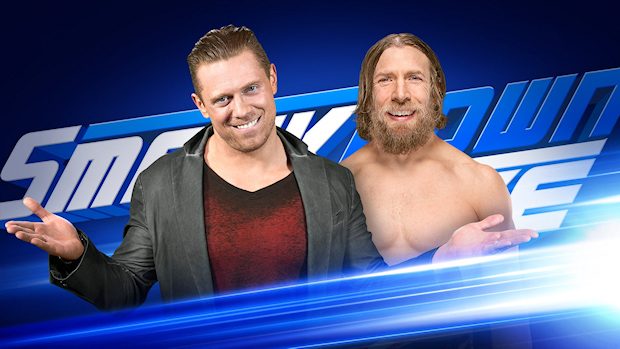 Daniel Bryan and The Miz’s first interaction on television since Bryan was cleared to return to the ring will be taking place on tonight’s SmackDown LIVE.

The interaction will come in the form of a “Miz TV” segment. With a storyline that Bryan was “very adamant” about his longtime rival coming to the brand, The Miz was announced as going to SmackDown in last week’s Superstar Shake-up. Miz didn’t appear on SmackDown last Tuesday, while Bryan began a program with Big Cass.

Bryan tweeted about “Miz TV” in response to WWE’s commercial hyping the segment.

Hmmm… do I air my grievances and then #PunchHisFace or do I skip directly to the #FacePunching? I’m open to suggestions https://t.co/kVJ69GDMx2

There will also be a contract signing with SmackDown Women’s Champion Carmella and Charlotte Flair for a title match at WWE Backlash.

The episode is taking place at the KFC Yum! Center in Louisville, Kentucky and is the go-home show for Friday’s Greatest Royal Rumble.