More on Kane and The Undertaker's WWE Survivor Series Match, Updated Card for Next Sunday - PWPIX.net

More on Kane and The Undertaker’s WWE Survivor Series Match, Updated Card for Next Sunday 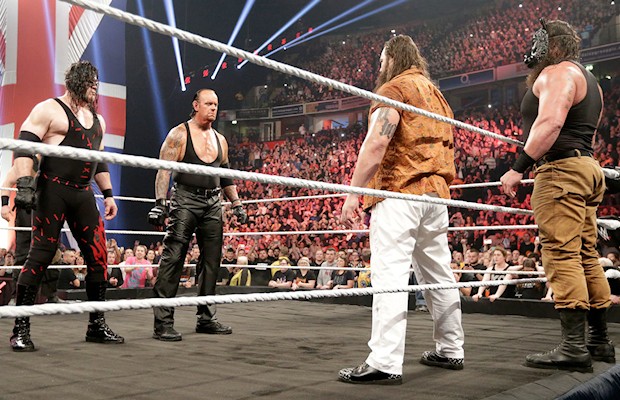 – As seen on last night’s WWE SmackDown, The Undertaker accepted Bray Wyatt’s challenge for WWE Survivor Series. No word yet on which two members of The Wyatt Family will face the Brothers of Destruction but WWE is not teasing the reveal for Monday’s RAW, it sounds like we may not find out until the pay-per-view. WWE posted this teaser for the match:

Which two members of The Wyatt Family will stand up to The Brothers of Destruction at Survivor Series? Will The Eater of Worlds step in, or will he leave the unenviable task to two of his massive henchmen, Luke Harper, Erick Rowan or the clan’s newest and most imposing element, Braun Strowman?

Don’t miss the historic match marking The Undertaker’s 25th Anniversary in WWE. What type of hellish penance will The Undertaker & Kane seek? To what lengths will The Wyatt Family go to dismantle The Brothers of Destruction forever, at a milestone event for The Deadman, no less? Watch the conflict when Survivor Series airs live on WWE Network Sunday, Nov. 22, at 8 ET/5 PT.

Below is the updated card for the November 22nd pay-per-view from Atlanta:

The Undertaker and Kane vs. Two Members of The Wyatt Family