Home / Wrestling News / WWE News / Naomi On Attitude Era Women Not Getting Enough Credit, Which Celebrity She Wants To Wrestle

Naomi On Attitude Era Women Not Getting Enough Credit, Which Celebrity She Wants To Wrestle 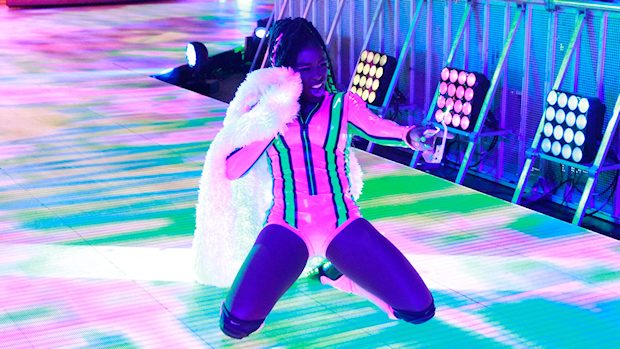 In a sit-down interview with Afterbuzz TV’s Total Divas “after show,” Naomi talked about her desire to face women from the Attitude Era, which celebrity she would like to wrestle and more. Highlights from the interview are as follows:

“I would have to say Beyonce, because she’s my idol. Beyonce is great at everything, you can’t be great at wrestling too. I think that is one thing she’s not good at and I would be better at her.”

“I would bring back some women from the Attitude Era. Lita, I think she’s freaking amazing! Melina, that is definitely someone who influenced me. Trish of course! I thought some of those woman were killing it back then and I feel like because of the time period, a lot of those woman didn’t get the credit they deserve but they were kicking ass back then and also opened a lot of door for us.

Wanting to open a bar with her husband Jimmy Uso:

“[Jimmy] and I eventually want to open some business. We’ve been talking about having our own bar, naming it the square circle, but it would be wrestling vibe and something relatable to us and for our fans.”

Having her own hair line or company in the future:

“I would love to have my own hair company. My own hair line, when I tell you I know everything is to know about hair, I’ve experienced every type of hair, I’ve had every hair stylist, I’ve re-grown my hair out so many times I know so much about that which is why once I get my hands into it, I would be so good with it. I’m so passionate about hair! Especially as a black woman it’s just another whole – ya’ll don’t know the struggle (laughs). It’s an amazing business that I’m very interested in, it’s a multi-billion dollar company.”