Natalya On Problems With Lana During Recent Tour, Setting A WWE Record At Hell in a Cell, Tyson Kidd - PWPIX.net

Natalya On Problems With Lana During Recent Tour, Setting A WWE Record At Hell in a Cell, Tyson Kidd 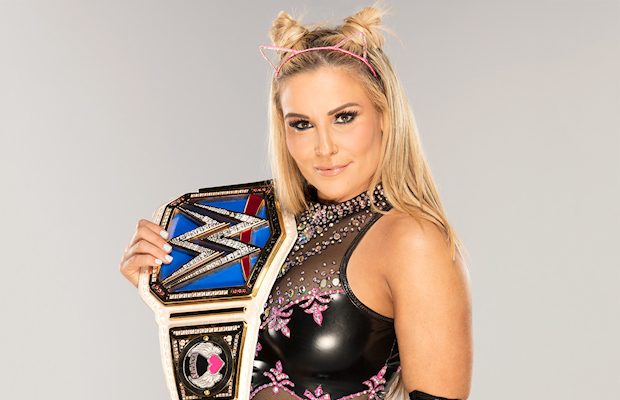 This Sunday at WWE Hell in a Cell, Natalya defends the SmackDown Women’s Championship against Charlotte Flair. When they meet, Natalya will set a WWE record.

“Come Hell in a Cell, I would have had the most pay-per-view matches out of anyone in WWE history. I will surpass Trish Stratus’ record,” Natalya said in an interview with Scott Fishman of TV Insider.

“To know how hard I worked, and to get this opportunity, it’s so great because 100 or so episodes later you see me achieve my dream. It’s a great message for men and women alike that if you believe in yourself and don’t give up, no matter how many times you want to throw in the towel, you can reach your dreams. Everything you ever wanted to happen can. You just have to keep going.”

“We just follow what happens in life. The seasons prior we had a lot of weddings. This season is the first season we don’t have a wedding. You get to follow more history-making stuff like the first-ever women’s Money in the Bank. Plus, Brie and Nicole stepping out of the ring to do something different.

“I was with Carmella and was literally going through the curtain with her at a live event when she got the news [fiancé] Big Cass blew out his knee. She was so scared and upset, seconds away from going out to perform. She was such a professional and focused on the match. I don’t know if I could have done that, and I’ve been wrestling since I was 18. A true pro.”

She also promises drama with Lana.

“I was ready to bodyslam her in China. She was asking way too many questions,” Natalya said.

During her more than 10 years with WWE, Natalya has watched friends transition into motherhood. Among them are Brie Bella and her husband Daniel Bryan. Maryse and The Miz made their baby announcement on Raw a few weeks ago. Although Natalya would love to have a child one day, she’ll stick to cats for now.

“Tyson came back to the show and jumped into a new role in WWE that he loves. So, we are both in happy places,” she said. “But the first time I met Brie and Bryan’s Birdie I was telling my husband, ‘So much has changed for us. Birdie almost makes me want to have a baby.’ Granted, I’m not in that place in my life yet, but Birdie is like no other baby I ever met. She is the best of Bryan and Brie. She is just so good-natured. I’ve never seen her cry. She could give any girl baby fever.”

Natalya also discussed her friendship with Carmella, being afraid of heights, working with Nia Jax and Alexa Bliss on Total Divas, and more. You can read the interview here.