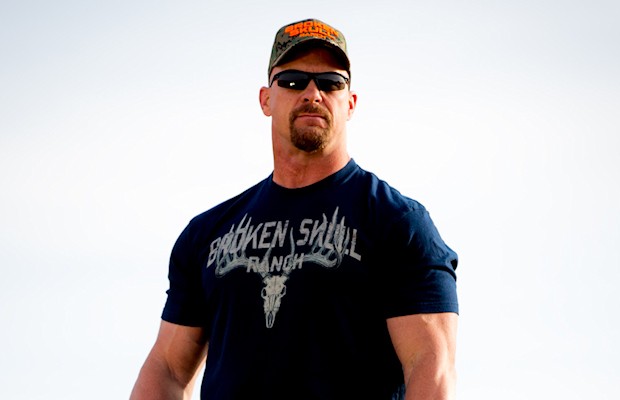 – CMT officially announced today that Steve Austin’s Broken Skull Challenge will be returning for a new season on August 2nd. They wrote:

“Steve Austin’s Broken Skull Challenge (Aug. 2): The ultimate badass competition show returns with host Steve Austin as he brings eight elite athletes to his Broken Skull Ranch to test their strength, stamina and endurance. Each episode sees contestants go head-to-head until the last man or woman standing earns the right to take on the toughest obstacle course in America, the “Skullbuster,” for a chance to win $10,000 in cold, hard cash.”

“Great seeing my old friend and one of the hottest new actors in #Hollywood @davebautista yesterday! And thanks to the 2 awesome random fans for taking this picture for us! #Batista”