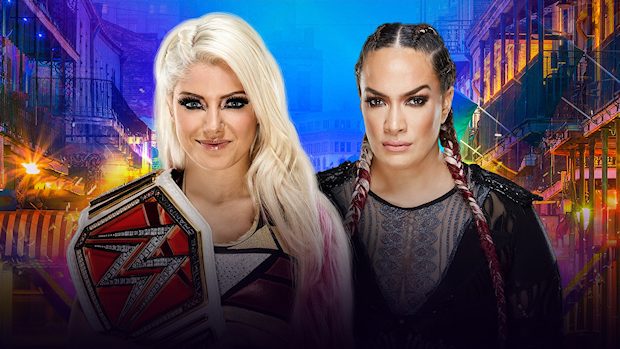 Nia Jax is honored to be bullied by Alexa Bliss.

Over the past few weeks, the former friends have been having confrontations on Raw and at live events, and last week they were put into a Raw Women’s Championship Match at Wrestlemania 34 by Raw General Manager Kurt Angle. The turning point in the relationship between the two came when Jax found out Bliss was using her and insulted her appearance as a plus-size woman.

During an interview with The Mirror, Jax was asked about participating in a storyline which has parallels to her own experiences dealing with bullying and body shaming.

“I think it’s amazing. I think it’s something that people know but they don’t want to talk about it, they always want to keep it hidden. I feel like we’re tackling it head-on and it should be [tackled]. Young women and young girls, and boys should actually be hearing this and seeing the conflict that we go through and seeing somebody stand up for themselves and not have to allow somebody to bully them, because of the way they look, what their shape is, or the color of their skin is. You should always stand up for yourself. So I think it’s amazing. I’m very honored to be a part of it.

“You know, growing up… it’s crazy how real this storyline is to my real life. And especially with Alexa being such a close, best friend of mine for so long, she has seen it. She [her character] has hurt me [my character] because I’ve confided in a lot of these stories that have happened to me. It surprises me that it has become such a big storyline in WWE because it relates to me completely.

“Growing up I was made fun of for always being bigger. I specifically remember, at one of my junior high basketball games, a man, a grown man was making fun of me and my size, as I was playing basketball. They didn’t realize that my Samoan father [Joseph Fanene, first cousin to Peter Maivia, grandfather of Dwayne ‘The Rock’ Johnson of the Anoaʻi family] was in the audience. And he, he err… beat the crap out of them, but that’s a whole ‘nother story! But yeah, that’s something I’ve dealt with my whole life, people making fun of me and my size. Everything from having a huge forehead, to the size of my feet, and not being able to wear the same size shoes as my friends, definitely.”

Check out The Mirror’s interview with Jax here.