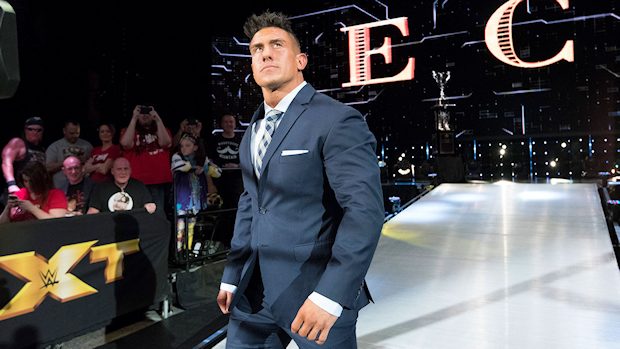 William Regal delivered some huge news on tonight’s episode of NXT as he announced that a new title, the NXT North American Championship, will be introduced at TakeOver: New Orleans on Saturday, April 7.

The gigantic announcement perked the ears of one of NXT’s latest signees, EC3, who hit the ring to interrupt Regal. Calling himself “The Top One Percent,” EC3 described himself as a “literal human money-printing machine” and assumed, incorrectly, that Regal had created the title just for him. Regal instead informed him that nobody is handed anything in NXT and that EC3 would have to earn the title in a Ladder Match against five other Superstars at TakeOver.

Before the end of the night, rounded out the Ladder Match lineup with Adam Cole, Velveteen Dream, Lars Sullivan, Killian Dain and newcomer Ricochet, making his debut on NXT.

“I’ll see you at #NXTTakeOver.”@KingRicochet will be competing in the #LadderMatch to crown the inaugural #NorthAmericanChampion in New Orleans! #WWENXT pic.twitter.com/qhAJKBa83k