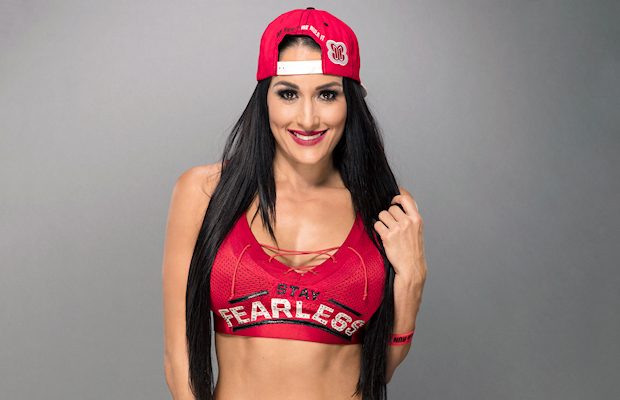 – A paint-less Goldust wrestled on last night’s WWE RAW as Dustin Rhodes for the first time in a long time. The storyline was that Rhodes wanted to face Wyatt man-to-man after last week’s loss, to show Wyatt that he is not a pawn in Wyatt’s feud with Finn Balor. Rhodes ended up losing the match. You can see video from the match below:

The integrity of #DustinRhodes cannot be compromised as he faces off man-to-man with @WWEBrayWyatt. #RAW @Goldust pic.twitter.com/gO2CxYl1s9

– As noted, Bayley returned on this week’s RAW and was later added to the RAW Women’s Title match at WWE No Mercy on Sunday, making it Bayley vs. Nia Jax vs. Emma vs. Sasha Banks vs. champion Alexa Bliss. Bliss tweeted the following on the change:

Another lame competitor? *Yawn* Another girl to beat. #BackOfTheLineBayley #WWENoMercy

– The season 25 premiere of ABC’s Dancing With Stars took place last night and online voting is still open. One hour after the episodes air fans can vote for Nikki Bella and Artem Chigvintsev by calling 1-800-868-3409 or you can vote by visiting the URL below, which is open until 8pm EST tonight. Fans can vote 13 times per episode. The WWE website notes that Nikki rocked a bright red outfit that was similar to her ring gear from years back. Nikki and Artem received two 7s and a 6, scoring a 20 for their debut, which is considered a strong outing. Nikki will dance again next Monday night on Ballroom Night as one couple will be eliminated at the end of the episode. There will also be another elimination next Tuesday night, which will be Latin Night. Nikki tweeted the following after the premiere:

That was for you @WWE & #BellaArmy 💋💃🏽🕺🏼 Love you all SO much! Fearless Forever! N #TeamSmackdown #DWTS