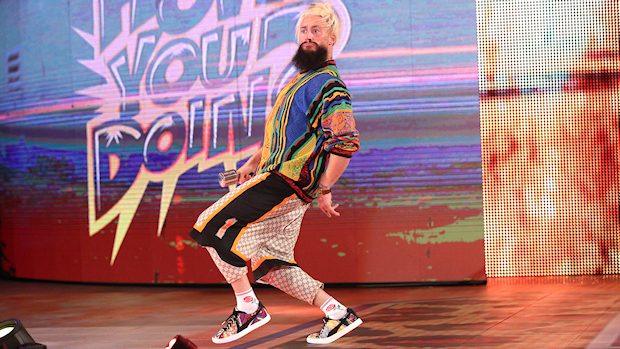 – Below is video from last night’s WWE Story Time season two premiere with Chris Jericho discussing the origins of his name:

– Tonight’s WWE 205 Live episode will feature an in-ring face off between Enzo Amore and WWE Cruiserweight Champion Neville. The two will then do battle for the title at WWE No Mercy on Sunday.

– Bayley tweeted the following on her return to action on last night’s RAW, helping to take Nia Jax and RAW Women’s Champion Alexa Bliss out. As noted, Bayley has been added to the RAW Women’s Title match at No Mercy with Bliss, Jax, Sasha Banks and Emma.