Nikki Bella Reacts To John Cena Saying He Wants To "Be The Father Of Her Children" (Video) - PWPIX.net 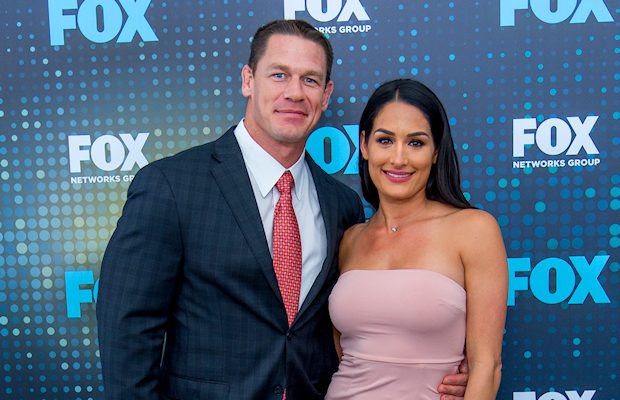 On Monday, Extra’s AJ Calloway caught up with Nikki Bella on the red carpet at the NBCUniversal Upfront presentation in New York after her ex-fiancé John Cena professed his love for her on Today.

When Calloway asked Nikki if she saw the interview, she responded, “Oh, my God, no.”

Calloway then read an excerpt from the segment that included the revelation that Cena wants to “be the father of her children.”

She then talked about the upcoming season of Total Bellas before she elaborated on her broken engagement.

“I didn’t think cold feet and all of that type of stuff existed, but it exists,” she said. “I have hope and I’m just at a point in my life where I feel like I kind’ve lost me, and I want to find me and work on me.”

She noted that she just wants “John and I both to live happily ever after, whether it’s together or separate.” Bella added that the day she says her vows she wants to “say them once and I want to fully mean them.”

Nikki continued, “That’s what made me hesitant, is ‘am I ready to say these vows?’”

Here is the interview, with Brie standing by Nikki.

In the interview with Gifford and Kotb, Cena opened up about his heartbreak over Bella’s decision to call it quits on their engagement just three weeks before they were set to say “I do.” He said he wants to have children with her — something he’s been vocal about not wanting for years.

“I still love Nicole, I would love to marry Nicole, I still would love to have a family with Nicole,” Cena said. “It was an unfortunate set of circumstances where our relationship ended.”