Nikki Cross, EC3, Lacey Evans and Heavy Machinery Debut On Raw, But They're Not Officially On Raw - PWPIX.net 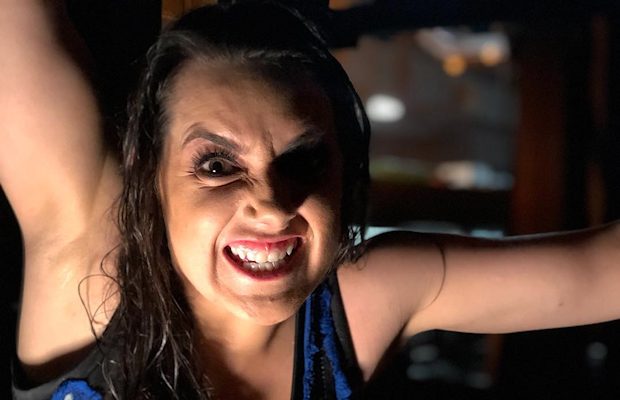 Cross became the first member of the newest class of talent from NXT to compete on Raw, teaming with Bayley and Natalya in a winning effort against The Squad.

While Cross made her ring entrance, Michael Cole noted that all of the NXT stars joining the main roster will appear on both Raw and SmackDown LIVE to be evaluated (by The McMahon Family). They will then be assigned to a specific brand.

EC3 silently debuted during a picture-in-picture segment where Dasha Fuentes questioned him outside of Vince McMahon’s about being a potential replacement for Braun Strowman in the Universal Championship Match against Brock Lesnar at the Royal Rumble. The segment, however, was so short that you could have easily missed it. While Kalisto and Gran Metalik faced The Revival in a tag team match, EC3 smiled in response to Fuentes.

Evans was shown talking to Dana Brooke and Mickie James backstage while Finn Balor headed to the ring for his match against Jinder Mahal.

Heavy Machinery debuted during Alexa Bliss’ Raw talk show, “A Moment of Bliss.” Paul Heyman was running through the list of potential challengers for Brock Lesnar when Otis Dozovic wandered out and began to yell excited nonsense in the presence of Bliss, derailing the interview until Tucker Knight showed up to restrain him.

There was no mention made of Lars Sullivan. According to F4WOnline.com, Sullivan flew himself home before last Tuesday’s SmackDown LIVE event due to what is being reported as an anxiety attack that took place before Raw last week. He is reportedly not communicating with WWE officials.